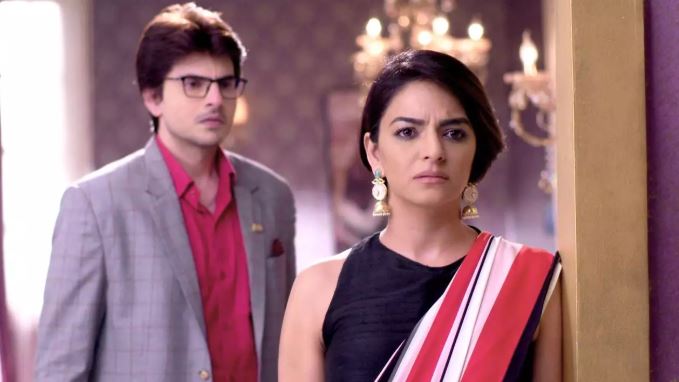 Reyansh roams in the house being happy that no one knows his truth that he is JD. He happens to see Sheetal removing the garlands from his photo frame. He gets a doubt and wonders if Sheetal knows his identity truth. Sheetal gears up to expose Reyansh and tell the family that JD is alive, and back in the family. Reyansh/JD feels its a big risk if anyone knows his truth, he doesn’t want to lose Pankti. He decides to do something to shut up Sheetal once again. Meanwhile, Pankti gets worried for Poorva, knowing the latter had attempted suicide. She tries to know what’s bothering Poorva so much.

Ahaan reaches the hospital and finds Pankti shedding tears of sorrow. He consoles Pankti and hugs her. He tells her that he will find Poorva’s problem and solve it too, so that Poorva stays happy like before. Pankti asks him if he will really make everything fine. She tells him that even Anita is missing.

Ahaan hides his tensions from her, and tells her that they will soon find Anita as well. He promises her that he will fix everything. His assurance becomes a big relief for Pankti. They have a moment. Pankti tells him that the matter is concerning Monty. Ahaan decides to meet Monty and know the reason behind Poorva’s extreme step. Ahaan will learn about Vikram and Poorva’s intimate pictures, because of which Monty broke up his relation with Poorva. Will Ahaan realize Vikram’s bad intentions? Keep reading.