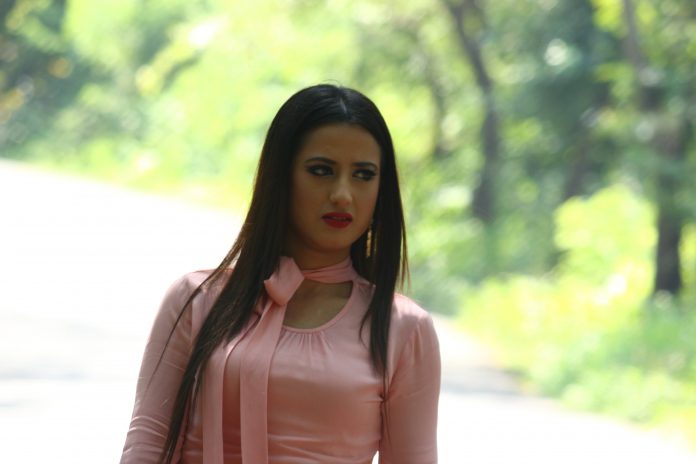 Tara got free from the jail. She has no money to get food. She manages to get some money. She then buys clothes for herself and gets Aarohi’s avatar. Tara sees the wanted posters and gets angry. She hides her face and leaves from there. She doesn’t want anyone to see her. She buys the knives to kill people. Police sees her buying some knives in the market and doubts that she is Tara. Police arrests her. Danny reaches there and tells the inspector that she is Aarohi. He drops her to Raichand house. He assumes Tara to be Aarohi. He has saved her from the jail. Tara loses her temper in anger and troubles Deep. She lives with her family again. Tara hurts Deep and gets revengeful. Deep gets troubled.

Danny thinks Tara is arrested wrongfully. He doesn’t realize his move and puts Deep in danger. Deep understands its Tara at home, after seeing her madness at the dining table. She injures her hand and doesn’t sense the pain. On the other hand, Virat tests Aarohi to know her identity.

Aarohi masters her lies and gets saved. Danny gets attacked by Tara. Aarohi suspects Tara to be involved in the crime. Deep too senses the same. Aarohi and Deep get a warning from Tara. Tara tells them that she is planning something big before her birthday and would make the day memorable. Deep and Tara get worried by her warning. They get a surprise when Danny moves into their house to stay. He tells them that he is scared of Tara, who tried to kill him. Danny tells Deep that he will help him find Tara and punish her. Another shock awaits them when Tara kidnaps Aarohi. Deep and Danny team up to rescue Aarohi’s life. Deep begins to trust Danny and keeps his insecurities aside. Is Danny trustworthy and entered their lives with good intentions? Keep reading.