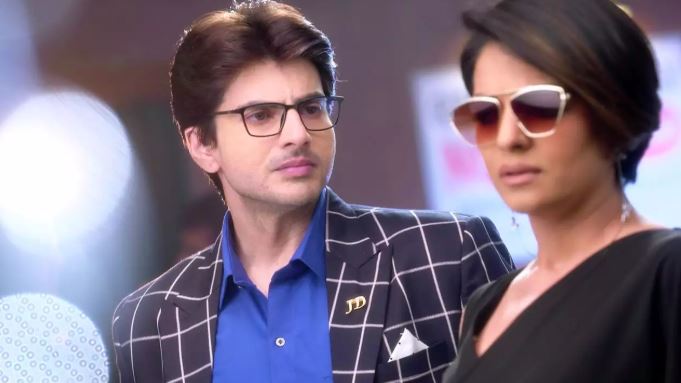 JD constantly threatens Sheetal about ruining the house and family. He fakes a remote and scares her about the explosion at home, if she tries to sign any family members about him. Sheetal gets helpless to tell the family that she is leaving for London for a holiday. She tells them that she really needs a break from all the mess. The family supports her and asks her to go ahead as she needs to stay happy. Sheetal thanks them for support. She fears for Ahaan and Pankti and wishes to see them once. JD blocks Ahaan at the hospital, so that Sheetal doesn’t meet him. Ahaan finds Pankti worrying about Sheetal. He tells Pankti that he will clear all her growing doubts by meeting Sheetal.

JD drops Sheetal at the airport. He asks her to leave for London if she wants to stay alive. Ahaan and Pankti learn that Sheetal has declared her decision to leave for London. They get worried that she is hiding something or she is in some problem. They reach the airport and look for Sheetal.

Sheetal realizes JD has fooled her by the dummy remote. JD tells her that he was just playing with her emotions by lying to her once again. He asks her to better leave, so that he can get Pankti. Sheetal asks him not to be mad after Pankti. She suggests him to accept Ahaan and Pankti’s relation. JD turns mad. JD then kidnaps Sheetal. Sheetal sees Ahaan and Pankti at the airport and shouts to them. JD shuts her mouth. He doesn’t let Sheetal reach them. Ahaan has no idea of Sheetal’s kidnapping and JD’s return. Pankti senses something is wrong and panics. Sheetal struggles to text Ahaan and Pankti, and reveal the truth about JD.