Naira informs Kartik about Suwarna’s accident. Kartik gets moved and rushes to Suwarna. Naira and Kartik take her to the hospital. Manish expects something good to happen. He gets surprised when he gets a call from Naira. She informs him about Suwarna’s accident. Manish informs the family members. Akhilesh asks Surekha to get ready fast, as they have to go Mumbai and see Suwarna at the hospital. Everyone gets emotionally low on hearing about the accident. They all feel guilty to lie to Suwarna about Naira. Kirti and Naksh accompany them. Kartik and Naira wish for Suwarna’s recovery. Kartik gets terrified and wonders what happened that Suwarna drove the car alone and met with the unfortunate accident. Naira finds him too depressed and consoles her. She gives him strength.

She tells Kartik that Suwarna will be fine. Kartik doesn’t want to lose Suwarna. Doctor tells them that Suwarna will get better soon. Naitik reaches there to support Naira. Kartik gets a support in Dadi. He then finds his family coming. Everyone prays for Suwarna’s recovery. Suwarna gains consciousness. She sees Naira with Kartik. She gets displeased and decides of not meeting anyone. She fears of losing Kartik forever because of Naira’s return in their lives. Suwarna gets a panic attack again. Doctors treat her and stabilizes her. He asks her if she wants to meet her son. Suwarna asks them not to call anyone in. Manish asks doctor to let Kartik meet Suwarna, as he means the world to her.

Doctor tells them that Suwarna is stable, but she is bothered by some sorrow. He tells them that Suwarna doesn’t want to meet Kartik or any family member. Kirti asks them how will Kartik bear this distance with Suwarna. Kartik gets upset when Suwarna keeps him away. Naira reaches him to pacify him. Kartik brainstorms and thinks the reason for Suwarna’s state.

Surekha tells Naira that Suwarna will not like to see her. She says maybe Suwarna has seen them in the college and faced this sorrow. She tells Naira that Kartik is the only support for Suwarna. She tells Naira that Suwarna has been through a tough time. Naitik gets angry on Surekha for holding Naira responsible. He defends his daughter. He tells them that Naira didn’t intend to meet Kartik in college and building. Naksh and Kirti too take Naira’s side and tell Surekha that Suwarna has sent Kartik at their building. Naitik asks them not to blame Naira always, Naira is already bearing the punishment since two years. He asks Naira to not keep any hopes and move on, as nobody wants to make things fine in their lives. Suwarna weeps and thinks of her son. She feels Naira has snatched both her sons.

Kartik tries to apologize to Suwarna. He asks Suwarna to look at him. She ends ties with him. She asks him to go back to Naira. She reprimands him for lying to her and cheating her for the sake of Naira. She gets hurt that Manish and entire family lied to her, as if they are tolerating her madness. Kartik takes a shocking decision of divorcing Naira, just to keep Suwarna happy. 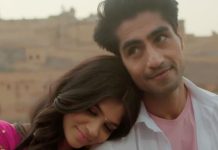 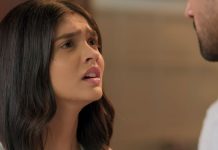