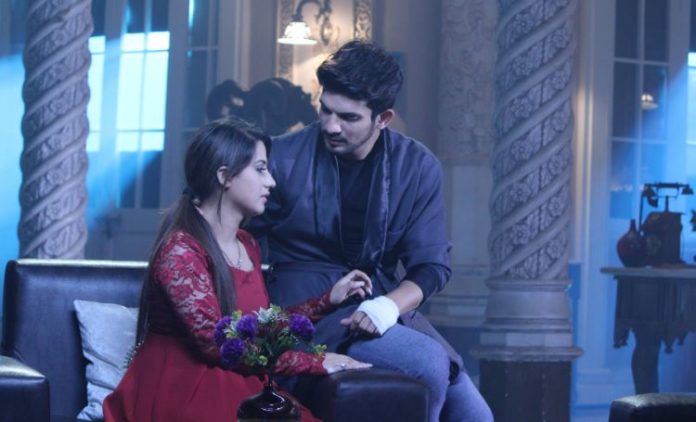 Aarohi wakes up somewhere at a secluded place. She doesn’t realize anything and runs back to home, where she finds a party going on. She sees Deep with the guests. She runs to Deep to tell him that she has come back for his love. Deep has thrown a party for Aarohi’s birthday. He tells everyone that he is the luckiest person in the world, since Aarohi means all the happiness for him. He shows Aarohi’s picture to everyone. He asks Aarohi to come to him. Aarohi runs to hug him when he requests his happiness to step ahead.

Aarohi hugs him and confesses love. Deep pushes her away and asks who is she. She gets a shock when Deep doesn’t identify her. She tells him that she is real Aarohi, his love and wife, with whom he has taken the seven rounds and vows of marriage.

Deep asks her to meet his wife Aarohi. Aarohi tells him that Tara is lying and snatching her place. Deep asks her to just shut up and stop mad talk. He doesn’t want anyone to ruin his party. He asks Aarohi to leave. He drags her to the mirror and asks her to see her face before. Aarohi realizes that she has lost her face. She gets a big shock. Deep throws her out of the house.