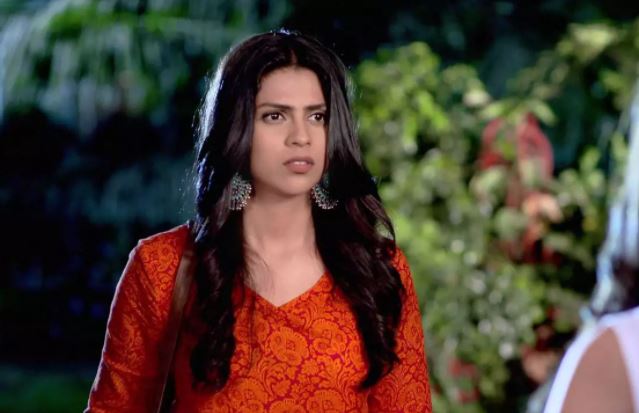 Dr. Kabir feels ashamed of his doings and apologizes to Sanchi. He tells her that he has fallen in his eyes. He frees Sanchi from their relation. Veer comes back home and asks Sanchi to come. Sanchi’s mangalsutra breaks as she is about to walk towards Veer, she stops and holds her mangalsutra. She decides not to go to Veer and stay with Dr. Kabir as his wife. She tells Veer that she has sworn on him and will fulfill her promise, she will accept Dr. Kabir as her husband fully. Veer is shocked and shattered.

Veer gets married to Sia in front of Sanchi. Sanchi tries her best to break their marriage. She writes a letter for Veer and asks him to give it to Veer. Veer reads the letter and leaves from the mandap. Sanchi thinks Veer will not marry Sia, but he returns to the mandap. She fails to stop Veer.

Veer takes seven rounds with Sia and makes the marriage vows. Sanchi gets heartbroken seeing Veer’s marriage. Veer is doing this to teach a lesson to Sanchi. Dr. Kabir gets happy and consoles Sanchi. Veer loved Sanchi a lot and didn’t know Sanchi would hurt him so much by playing the marriage drama with Dr. Kabir. Veer now wants revenge from Sanchi. Even if, Sanchi has hurt him for Sunny’s sake, Veer is upset that Sanchi didn’t share her problems with him. He doesn’t know Sia, but takes the random step to hurt Sanchi’s heart.