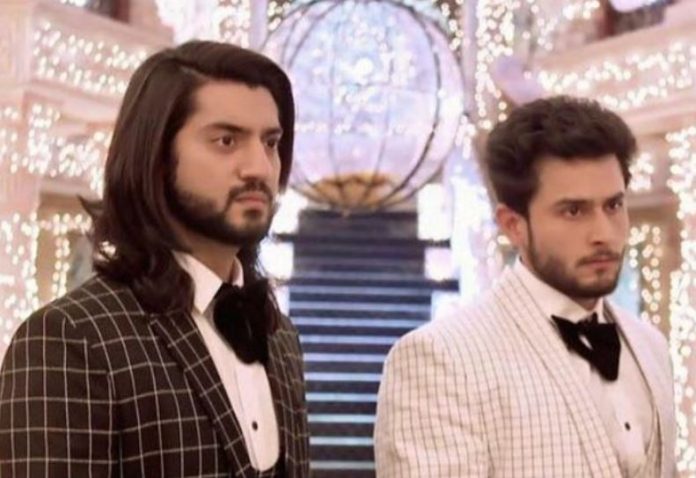 Anika faces many taunts by the neighbors when she returns home the next day post her marriage with Shivay. Shivay makes Anika leave the house to take revenge. He disowns her after marriage. Anika gets shattered. She feels lost. The neighbors humiliate her and call her character bad. Nikhil too questions Anika’s character. He rages that she cheated her for marrying a rich man. Anika’s aunt too confirms that Anika has an affair with Shivay, as Shivay stated this in front of everyone. She reminds how Shivay spoke about their affair and stopped Anika and Nikhil’s marriage to take her away from the mandap.

She asks Anika why did she come back if she married Shivay. She asks if Shivay is bored up and abandoned her. Gauri asks Anika not to bother about anyone’s words and come inside the house. Anika hears the neighbor’s bad comments and cries. Gauri becomes a protective shield for her sister.

Aunt asks Anika to leave the house, as there is no place for her. Aunt provokes the neighbors further. The people ask Anika to leave from the locality, as she will spoil their daughters by her ill behavior. Gauri tries to save Anika, but aunt doesn’t deter. Omkara and Rudra learn about Shivay and Anika’s marriage. Omkara reaches the chawl to save Anika’s dignity. He takes a stand for Anika and shuts up aunt to put an end to her humiliating statements. Omkara and Gauri save Anika. Omkara decides to take Anika and Gauri home. Omkara and Rudra want Shivay to accept Anika. Anika gets a strong support and is ready to prove herself to Shivay.