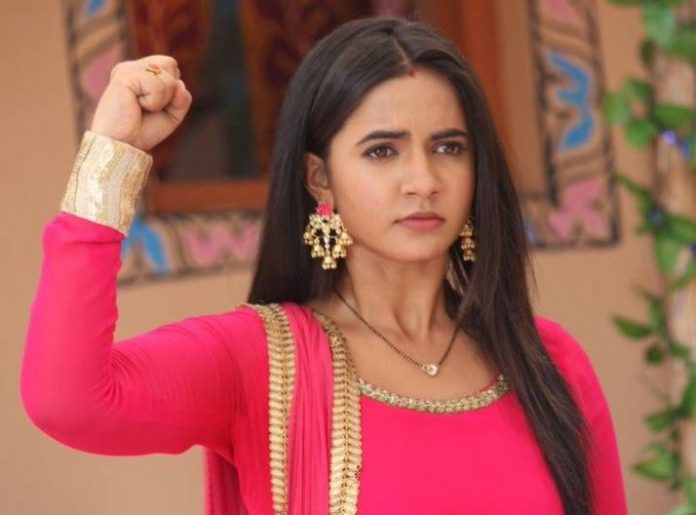 Deva gets to see Chakor when she stays around Colonel’s house to keep a track on his activities. She hangs around by an excuse. She doesn’t get aware that she has got identified by Deva. Deva thinks something is definitely wrong, as Chakor was working as waitress in the party when they lost the important device. He suspects she has stolen the device. He rushes to inform Colonel about her. Colonel tells Deva that Chakor is the one who is helping RAW agents against them by retrieving his contacts. He understands that she has entered the house with a motive to plant that device and extract the phone data. He tells Deva that he will not spare Chakor and punish her for the cheat. He asks Deva to catch her and get her home.

Deva and goons follow Chakor to catch her. Suraj informs Chakor about the danger. Chakor gets alert. Chakor tries to run away from the goons. She manages to escape.

Deva tells Colonel that he failed to catch Chakor and other RAW agents. Angered Colonel decides to lay a trap for the RAW agents so that he can kill all of them at once. He tells Deva that this time he will make Chakor fall in trap on her own, they don’t need to chase her now, even the other hidden agents will get caught. He sends a fake message to mislead Chakor. Chakor and Abhay fall in the trap. Suraj learns Colonel’s deadly plan to kill of them by a blast. He doesn’t want Chakor or anyone else to die. He panics feeling he will lose Chakor forever. Suraj rushes to save Chakor. Colonel stops him back at home for a discussion. Suraj gets trapped and wonders how to save Chakor in time.