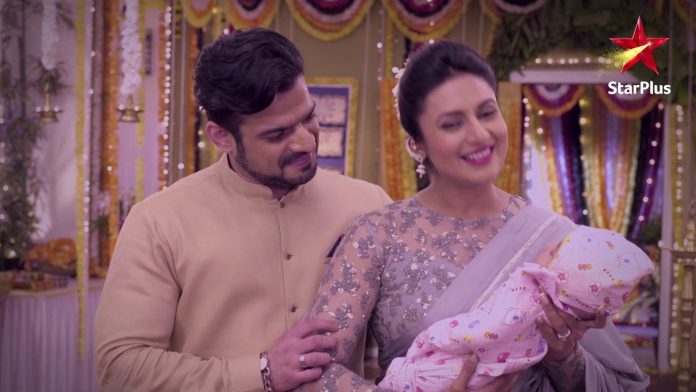 Ishita and Raman deal with the neighbor’s taunts. They look for Roshni so that they can do the baby’s naming ceremony. They get Roshni’s letter. Ishita reads the letter and gets a big shock. She tells Raman that Roshni left the new born baby and the entire family. She worries that they can’t manage the baby without Roshni. Ruhi gets angry knowing Roshni’s move. She asks them how could Roshni go, as if she doesn’t love her baby. Raman and Ishita check a gift left by Roshni for the baby. They get emotional hearing Roshni’s letter. She feels bad that Roshni made the sacrifice for Bhallas and Aaliya’s happiness. Ishita thinks Roshni has done injustice with herself this way. Roshni records a lullaby in the toy for her baby. Bhallas feel indebted to Roshni.

Later, Ishita checks the ration list and finds Rat poison included in the items. She gets worried and wants to know who has written that in the list. She tells the man that she didn’t order such things. The man tells her that the order was made from her address, so he has arrived to deliver and collect payment.

Parmeet is the one who ordered the rat poison to threaten Raghav’s wife. He sees Raman meeting Raghav’s family and trying to know about him. Raman is investigating Tania’s suicide matter. Parmeet follows Raman to find out what’s Raman and Ishita planning. He wants to secure himself and Simmi. Parmeet meets Raghav’s wife and tells her that if she reveals any truth about him, he will kill her son. The lady gets threatened by Parmeet. She refuses to help Raman. Raman shows Parmeet and Simmi’s picture to the lady to know the truth, but she doesn’t tell anything. Parmeet succeeds in concealing his truth. Parmeet thinks Raman may lay a trap for him.