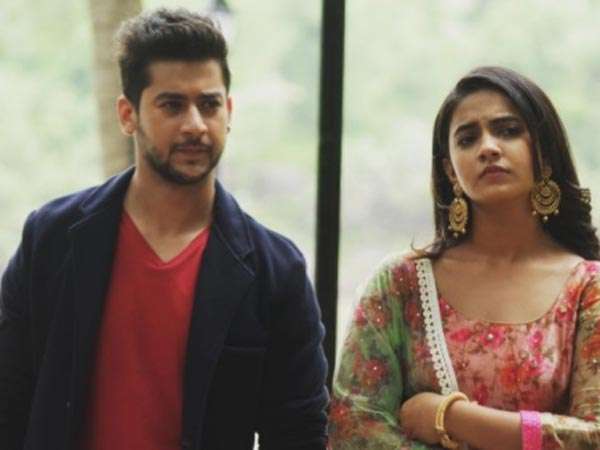 Colonel and his goons target Suraj and Chakor, knowing Suraj’s big deceive. Colonel wants to punish Suraj for cheating Naina. Vivaan and Chakor try their best to save Suraj. Vivaan enters the pub, by going against Abhay’s warnings. Vivaan fears that Suraj and Chakor would die it the commandos get late. He tells Abhay that he can’t sit in peace and wait for any bad news to come his way, he has to get in and save his family members. Imli fears of losing Vivaan. He explains her that they have to sacrifice a lot for their family, she can’t be selfish like before. Vivaan rushes to Suraj. Colonel shoots at Suraj, but misses to kill him. Colonel beats up Suraj a lot. He wants to punish Suraj.

Chakor takes the gun from Deva’s hand and warns Colonel against killing Suraj. She gets helpless to kill Colonel. She tries to shoot down Colonel before Suraj gets shot. Vivaan pushes away Colonel to save Suraj. Colonel falls away. Chakor gets a big shock seeing the bad happening when the bullet meant for Colonel hits Vivaan.

Vivaan comes in between to save Suraj and gets shot by Chakor. Suraj and Chakor get a huge shock. She had no idea that Vivaan will arrive there. She regrets to shoot him. She tells Suraj that she was aiming at Colonel. Suraj understands the need for Chakor to shoot. Chakor cries thinking that Vivaan will die. Vivaan also feels that he got cheated by life again, as he was going to start a new life with Imli. He tells Suraj and Chakor that he doesn’t wish to die, as Imli is waiting for him outside. Suraj and Chakor get helpless. Chakor pays a big price for her mission, since her love and friendship gets at stake because of Colonel. Suraj holds Vivaan and tells him that nothing will happen to him. Vivaan had forgiven Imli and wanted to marry her again, but he fell in deep danger.

Vivaan loses his hopes to survive. He asks Suraj to forgive Imli and let her start afresh. He tells Suraj and Chakor that Imli wants to reform and they should support her. Chakor says we will together make a new start. Suraj says you don’t just talk, we have to take him to the hospital. Vivaan closes eyes. Chakor asks Suraj did Vivaan leave them, she killed him, she lost her friend. She sheds tears. Suraj checks Vivaan and tells her that Vivaan is alive, his pulse is running, you be strong, Vivaan fainted by blood loss, help me in lifting him, don’t lose senses and try to save him.Will Vivaan survive? Keep reading.