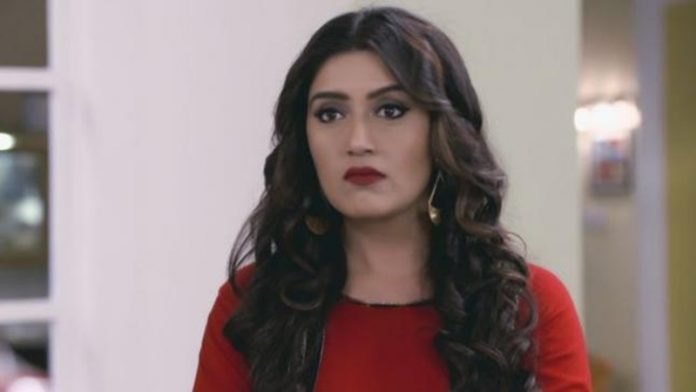 Police reaches the hospital to take statement of Raghav’s wife. She tries to sign towards Parmeet. He had kidnapped her and her daughter to save his truth from getting revealed. He gets worried when she signs towards him. The lady then faints. Parmeet gets relieved. He had given poison to Raghav’s daughter to frame Raman. He tells inspector that Raghav’s wife was found unconscious in Raman’s car, Raman has poisoned Raghav’s daughter, its clear that Raman wanted to kill them to hide his truth, the girl is fighting for her life, both mother-daughter are admitted in hospital and are so critical, how can Raman be spared.

He asks inspector to just see the connection between Raghav and Raman, Raghav was hired by Raman, so Raman is doing everything. He asks inspector to arrest Raman, even if Raghav’s wife isn’t able to testify, Raman should be in jail, else he will try to kill them once again. He gets accusing Raman. He angers Ishita.

Ishita wants the police to investigate and catch the real culprits. Simmi is also troubling Raman. She does the drama of saving the girl by getting her to the hospital on time. She sheds fake tears and tells the doctor that she wants to meet the girl once. She lies to them to frame Raman. Parmeet tells her that she has saved the girl’s life, the girl will get fine, even if Raman wants to kill the girl, they will protect her. Parmeet and Simmi get the credit when the girl recovers. Bhallas face difficulty when Raman falls in suspicion. Ishita prepares to expose Simmi and Parmeet and save Raman from new accusations. Raman tells Ishita that Simmi has crossed limits this time, and he has himself witnessed Simmi’s crimes, so he won’t ask Ishita to spare Simmi now, Simmi has gone much ahead on the crime path and needs to be punished. What will IshRa do to expose the evil duo? Keep reading.