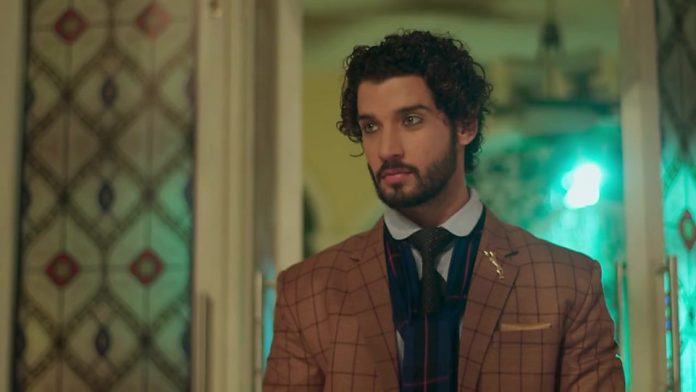 Kabeer wipes Zara’s tears and apologizes to her. She tells him that they will have a clash in Shariah board meeting again, she fears that their relation will suffer. They are going to fight about Abida’s case. He asks her not to get their divorce between everything. He asks why does she always taunt him about their divorce. She says I always have this fear. He says you can’t know what’s my opinion on the case, we can sit and talk over the matter. She asks him not to wait for her death, he can get free by giving her divorce, all the complications will end for him, they should get separated before their love ends. She loses her cool. Kabeer blames her for creating problems. He can’t listen to such nonsense. He asks her if she really wants divorce. He gets angry on her again. They have no idea that Miraj is creating troubles for them again.

Zara opposes Wasim in the Nikaah Halala case. Zara sends Nilofer to meet Wasim. Kabeer meets Wasim at the garage to discuss about the case. He faces a tough time, when Kabeer starts bashing him verbally. Kashan sees Kabeer there and hides to save himself.

Wasim gets paid by Kashan. Miraj wants to get Zara kidnapped. He is using Kashan in his motives. He divides Kabeer’s family by instigating Kashan. Kashan doesn’t want to help Miraj, but he is blackmailed by Miraj. Nilofer comes to the garage. The kidnapper Wasim assumes her to be Zara, and kidnaps her. He makes a stupid move. Nilofer tells him that she isn’t Zara. Wasim doesn’t hear her and ties her up. Wasim wants to win the case by keeping Zara captive. Miraj fails in getting Zara kidnapped.