TR’s Top Weekend Spoilers…. Kaleerein:
Meera worries since her plan fails. She couldn’t unite Amar and Vivaan. She learns that Amar has found another alliance for her, and this time he will get her married soon. Meera gets trapped in her own plan. She can’t deny to the positive alliance. She angers Vivaan by her drama. Vivaan thinks she really wants to get married. He pledges to get Meera married. Meera couldn’t solve the mess. Dolly asks her to be strong, she can still convince Amar and Vivaan. She encourages Meera. Meera doesn’t know what to do now. She didn’t imagine that she will end up hurting Vivaan’s heart. She doesn’t want to marry anyone. She thought Amar and Vivaan will agree to her, but things go wrong.

Aapke Aa Jane Se:
Sahil, Bhoomi and Badi Amma celebrate Sahil’s birthday. Sahil’s son gets the cake for him. Badi Amma loves the boy a lot. She showers much love on them. She wants Vedika to never return in Sahil’s life. Vedika also moves on in her life.

Saam Daam Dand Bhed:
Angad learns about Mandira leaking Vasu’s MMS. He gets angry on Vasu. Bulbul stops Angad from slapping Vasu. He scolds Vasu for defaming their family. Bulbul stops him from hurting Vasu. He says the video got viral, our family lost the respect, just because of Vasu. Vijay tries to calm him down. Angad doesn’t listen to him. Vijay says we are Vasu’s family, we have to support her. Angad says not everyone is her family, how will we handle this. Vijay says Mandira has ignited this fire, we will try to find a solution, we shouldn’t leave Mandira for this move. Angad gets arguing with Vijay. He tells him that he hates himself that Vasu is his sister, he is totally insulted by the society. Vijay asks him to mind his tongue and control his anger.

Udaan:
Imli plots against Chakor and doesn’t want her to return to Aazaadgunj. Imli doesn’t want to kill Anjor so that she can take advantage of her. She uses Anjor against Gumaan. Imli hates Anjor and Chakor. Anjor meets Imli to know about her school education. Imli sees Chakor’s defeat in her and gets glad. Imli lives with Gumaan only for the money which Suraj handed over to him before leaving Aazaadgunj. Imli wants to rule in the village like before and knows that Gumaan can help her out. Chakor gets convinced that she should go back to Aazaadgunj and help out people in need, so that no one’s dreams and expectations break.

Krishna Chali London:
Krishna wants Radhe to study further and get a degree. Radhe unwillingly goes for the class and gets bored up. He then imagines Krishna singing and dancing around. He daydreams and romances Krishna. He gets interested in studies when Krishna asks him to make her proud. He waits for the moment when Krishna also falls in love with him, and makes a love confession.

Sikandar tells Kulfi some tales from the history. He tells her about the great freedom fighters’ struggles to free their country. Kulfi imagines her aunt Nihalo as a Britisher, who is torturing her uncle. Sattu plays the role of the poor man, who is held captive by Britishers. Kulfi sings Inqelaab Zindabad and tries to save Sattu. She opposes her Nihalo and asks her to leave her country. She teaches a lesson to Nihalo.

Mariam reaches the political rally and gets to hear the speech by a political leader. Mariam hides from Aayat and gets into the crowd. She saves everyone from the blast by throwing the bomb into the lake. She recalls Majaaz’s teachings. The leader praises Mariam for her bravery and intelligence. Mariam tells them that she is from India. She makes everyone proud. Aayat reaches there and finds the matter. She doesn’t want anything to happen to Mariam, so that Mariam can save Jibraan’s life. She doesn’t care for Mariam’s honor. Mariam didn’t imagine that Aayat will find her. Aayat catches hold of Mariam and gets her home. She punishes Mariam for running away from the hospital. 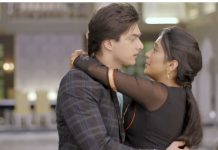 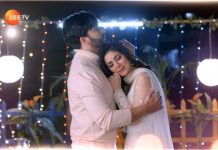