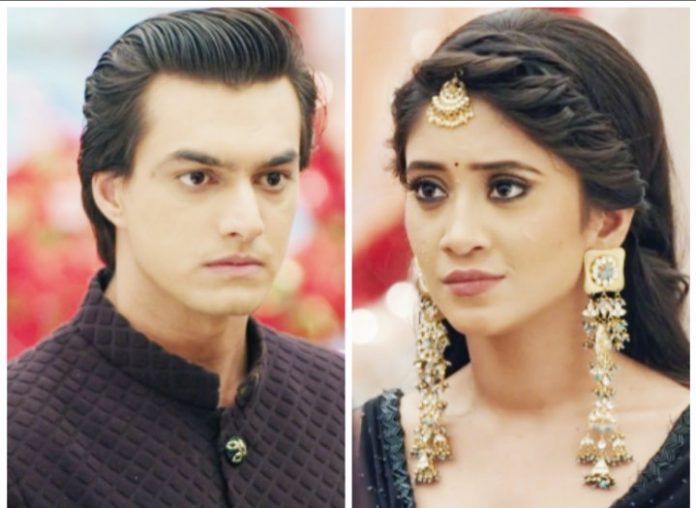 Rajshri rebukes Kartik and Naira for not sorting their differences and making such a big blunder, by not consulting her even once before proceeding for the divorce. She asks them how can they part ways. She scolds them for not telling her about the divorce hearing. She asks if they didn’t remember her, if they didn’t need her in their life. She feels sorry that they have thrown her out of their lives and ruined themselves in their ego. She asks them big fools to rush for divorce. She asks Kartik and Naira to see what have they done with their eternal bond of marriage and love.

She tells them that they will regret a lot if they realize their mistake, they will understand what ended, what shattered within them. She explains them that Akshara and Naitik also had much problems, but they proved out to be an ideal couple by laying their relationship on trust and respect, more than love. She asks them why did they expect each other to be perfect and not side away with their problems.

She reprimands them for their wrong decision. Kartik and Naira get worried when each of her word sounds true to them. Rajshri tells them that they should cry for their relation’s destruction done by self. She asks them to yearn for their togetherness now, the time will never come back for them, their mistake will always be the same. She also shatters by their divorce. Naksh and Kirti also get disappointed because of Kartik and Naira’s divorce, which broke everyone’s hopes. Kirti tells them that its good that they have not thought for anyone else and been so selfish. Kartik and Naira regret after realizing their mistake. Goenkas and Singhanias shatter with KaiRa’s divorce. Rajshri regrets that Kartik and Naira’s love was weak and couldn’t survive the love tests.

Naitik and Manish get unwell and feel they can’t tolerate this bear. The family becomes their support. Kartik and Naira return home in a lost state. They add up to their family’s sorrow. Kartik and Naira shed tears on their separation once again. Manish and Naitik stay worried for their children. Manish tells Suwarna that everything got finished. Suwarna doesn’t tell him that she was waiting for this day. Manish tells her that its not easy for him to ask Kartik to move on. Suwarna asks him to support Kartik. Suwarna and Manish try to break the silence. Naksh encourages Naitik to talk to Naira. Kartik and Naira deal with their sorrow. Will they really realize what they are missing in life? Keep reading.