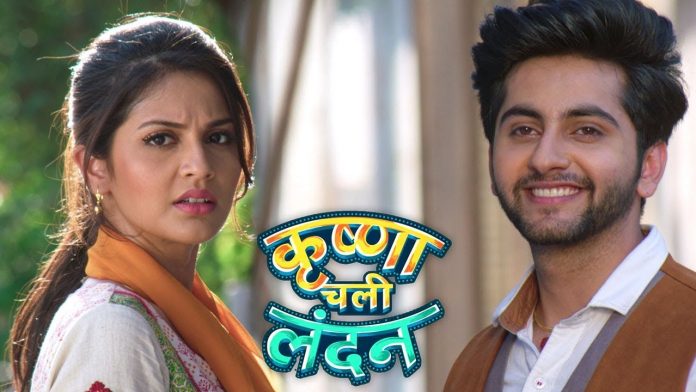 Radhe and Krishna take care of Shukla. Krishna calls up Dubey and tells him to keep Prashant away from her life. Dubey agrees as he doesn’t want any problem in her life. Krishna and Radhe get happy that Shukla has forgiven them. Shukla acts good to them and makes them happy. Shukla then shows his true colors and gets angry on Krishna for making Radhe away from him. He wants to make Krishna away from Radhe. He doesn’t want to become any normal villain in Radhe and Krishna’s love story. He wants to become a hero for Radhe, so that Radhe chooses him over Krishna.

He calls up Prashant for a secret meet. He wants to know if Prashant can help him in making Krishna away from them. Radhe and Krishna get together again. He confesses his love to her and apologizes to her.

She also apologizes to him for hurting his heart. He waits for the day when she confesses love to him. He thanks her for taking care of Shukla by forgetting everything. She tells him that he has also done a lot for her and she is also thankful to him. Radhe lives in his dream world and romances Krishna. Shukla tells Prashant that he wants to get some drama in Radhe and Krishna’s life. Prashant at first denies to have any relation with Krishna. Shukla asks him to be open about his feelings and join his hand. Prashant accepts his evil proposal to divide Krishna and Radhe. Shukla continues to fake the illness. Will Krishna be able to catch Shukla? Keep reading.