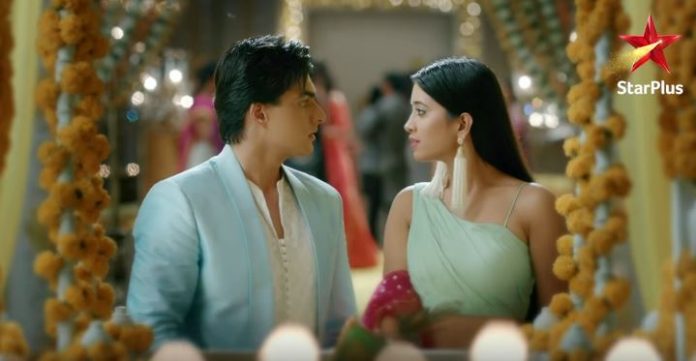 They try to rush out, but find the door locked by Lav and Kush. Kartik regrets to call Naira to him at that place and putting her in danger. He feels guilty again. Naira tells him that he didn’t know such a bad incident will happen, its not his fault.

He tries to get help from family. He worries that he asked Lav and Kush not to tell family about his meeting with Naira. He tells her that Lav and Kush won’t tell anyone about them. He wonders how will the family know about them and reach to help. Kartik hugs Naira to protect her from the fire blaze. Kartik saves Naira from fire and unites with her, but faces a problem to convince their families for their union. Kartik and Naira will be getting back to each other with repentance over their divorce. Goenkas and Singhanias oppose Kartik and Naira’s union, finding them too silly to think of remarriage after defaming their relation by divorce. Will the families give their nod for KaiRa’s wedding again? Keep reading.