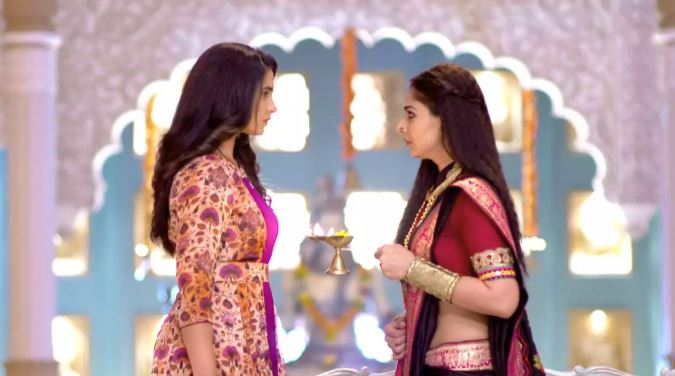 Udaan: Imli re-attempts to kill Chakor... Chakor and Suraj have an argument on their first meeting after seven years. She calls him a self-obsessed person, who didn’t care for his wife and ended their relation. Suraj clears to her that she isn’t his wife and he doesn’t have any faith in her. He ends all the ties with Chakor, which angers her so much that she breaks her nuptial chain, declaring the death of their marital bond. Imli sends the goons to kidnap Anjor. She fears that Chakor will learn Anjor’s truth. She doesn’t want Anjor to go to school. She gets Anjor and her mother kidnapped. Chakor follows Anjor to save her life.

Anjor leaves clues for Chakor smartly. Chakor gets the clues and tries to reach Anjor. She reaches the cliff. She rescues Anjor and Sugna. She confronts Imli for her crime to trouble Anjor and Sugna. Imli and Chakor have an argument at the cliff. Imli gets provoked and tells her that her daughter Saanvi is alive. Chakor gets a big shock. Imli gets too raging and pushes Chakor down the cliff. Chakor falls in the lake. Anjor gets worried. Imli wants Chakor to die and get away from her life.