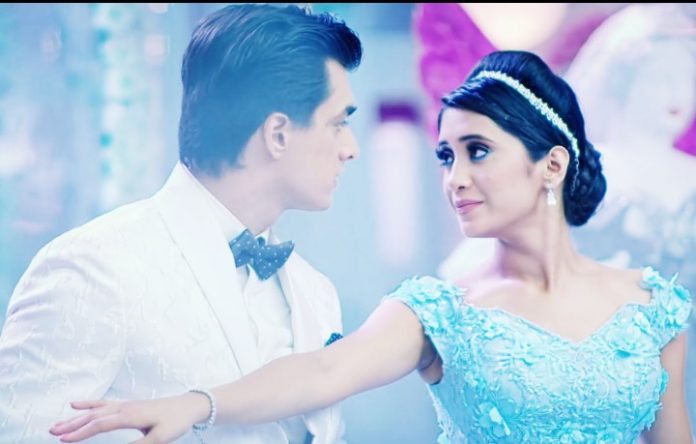 YRKKH: KaiRa caught romancing; Families to clash again… Everyone blesses Kirti and sings for her happiness. Kartik and Naira dream of expressing their union decision to the families, and getting a positive response. They also melt Suwarna’s heart in their dream. They wish their dream turns true. Naira asks Kartik to have hope, they will soon unite. Kartik and Naira dance out their emotions with the families. Naksh and Kirti celebrate their new happiness. She wishes that the baby unites both the families. She doesn’t want any tension in the relations. Naksh asks her not to have big hopes, that breaks her happiness. He tells her that they should just focus on their child. Kirti wants to be positive about Kartik and Naira’s union. Naira asks Kartik to come along, so that they can tell everyone. He tells her that they will tell everyone only after the puja. He stops her from going away and tells her that he wanted to compliment her.

They spend some romantic time. He tells her about his long planning after marriage. Naira tells him that they will come close just after the marriage. Dadi happens to see Kartik and Naira’s secretly meeting. She gets worried. She checks on Kartik. She signs a relief when she doesn’t see Kartik there. Kartik hides from Dadi. He doesn’t want anyone to know about Naira and him, before they tell everyone on own.

Naira gets away from the family. Kartik makes an excuse and leaves from Teej puja. They both want to break their fast together. Naitik and Dadi think Naira and Kartik are getting hurt over their broken relation and left by an excuse. Kartik and Naira celebrate their Teej happily with love. Rajshri wishes they succeed in their decision of reuniting.

Their relationship truth gets known to everyone. Suwarna gets a major shock by seeing Kartik united with Naira. The families didn’t expect Kartik and Naira to make fun of relationships this way. Manish summons Kartik and Naira for a serious talk. Kartik apologizes to them for giving them a shock. Naira tells them that they have realized their mistake and wanted to unite. They break their decision of considering re-marriage. The families get angry on them. Naitik and Manish find them being mad and not caring for customs and others’ emotions. Kartik and Naira face the wrath of the families.

Dadi asks them why did they get divorced when the family didn’t wish them to do it. Kartik and Naira tell them that the judge didn’t listen to them and granted the divorce. Manish and Naitik disapprove Kartik and Naira’s decision. KaiRa face the criticism from the families and shed tears Dadi declares that she will not accept Naira in Goenka house. Singhanias aren’t interested in accepting Kartik either. 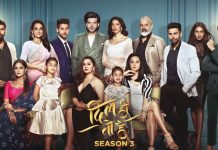