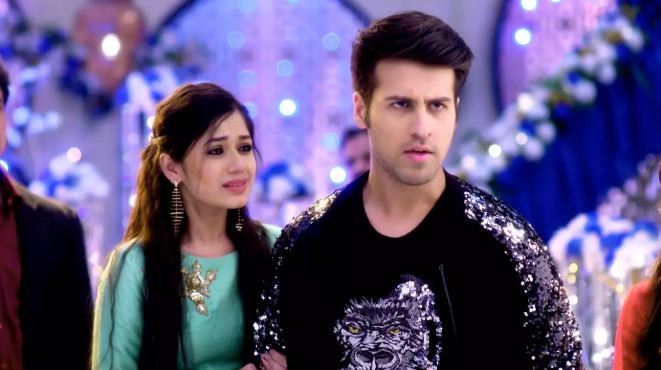 Tu Aashiqui: Randhir turns into new villain in Ahankti’s love tale… Randhir controls Pankti and turns her into a puppet. He asks Pankti to just obey him, being his mistress. Pankti would have not tolerated his nonsense, but follows his orders just to anger Ahaan. She wants Ahaan to hate her and move on. She feels bad to hurt Ahaan and his family. Randhir starts living in Dhanrajgir house. He allows Ahaan and his family to live with them. He pities them and doesn’t throw them out of the house on Pankti’s saying. Pankti can’t see Ahaan and his family on the road. Randhir gives a makeover to Pankti. They appear happy in love. Ahaan becomes upset on seeing their romance.

Pankti acts unconcerned towards Ahaan or anyone else. He didn’t expect this from Pankti, who meant a world to him. Ahaan cries a lot for Pankti. He has lost Pankti. He can’t believe that Pankti has left him by all her wish.

He recollects his struggles to save Pankti from JD. He attempted to give her a good life, but she tells him that she is happy to be someone’s mistress, as she is enjoying all the luxuries. Randhir turns comical and taunts Ahaan. He asks them to stay as unwanted guests and not interfere in his life. He throws his swag around. He takes over JD’s house and business. Ahaan and Vikram lose everything. Aparna does aarti and prays for their problems to end. Aparna gives prasad to Pankti. She can’t help but be good towards Pankti. Pankti feels sorrowful, and hides her tears from Ahaan.