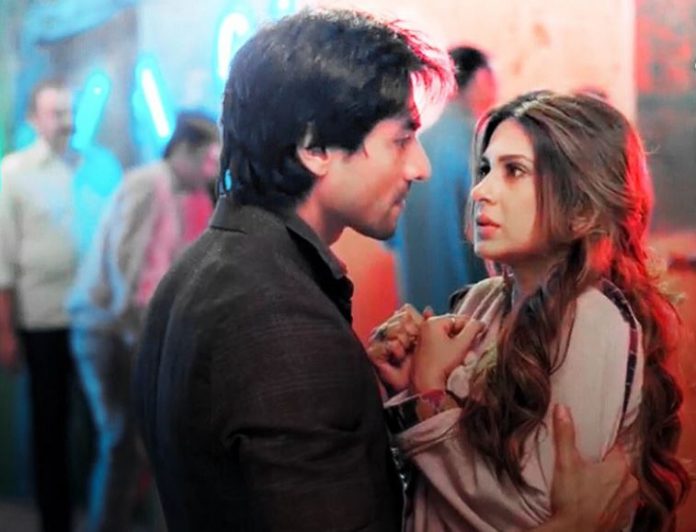 Bepannaah: A new entry adds interesting twists… Aditya and Zoya keep hiding from the family, and romancing. Zoya answers Anjana. She does a big drama once again. Aditya also supports her. He begs Zoya for his mother’s sake. Aditya gets naughty in the act, while Anjana can’t believe that Aditya is begging Zoya for her sake. Aditya sweetly fulfills Zoya’s conditions. Their cute romance goes on. Aditya tells her that its her turn to make a romantic gesture now. He wants to lessen her stress. He doesn’t want her to fall weak. He tells her that he will be strong only if she supports him. Harsh surprises Arjun like always. Harsh wants both his sons to be happy. He can’t believe that Zoya is hurting them intentionally. Rajveer gets suspecting Zoya.

Aditya and Zoya spy on Rajveer once again. Aditya asks her to trick Rajveer. Rajveer senses someone’s presence. Zoya handles the matter her way. Aditya makes sure that she stays confident. Rajveer doesn’t feel like believing Zoya. Zoya struggles to make Rajveer believe her by expressing her hatred for Anjana. She tells them that they shouldn’t doubt on her revenge intentions now.

Rajveer can’t imagine that she will take revenge from Aditya. Zoya gets evidences against Rajveer. Nani believes Zoya and wants him to just go with the flow. Zoya tells them that she will expose Anjana’s truth and ruin Hooda family. Rajveer grows more suspicious about her. Anjana and Harsh worry for Aditya’s future. They ask Aditya to divorce Zoya and move on in life. They want both the sons to settle in the house. Anjana wants Zoya out. Aditya unknowingly agrees to meet Sanjana.

Aditya’s phone gets stolen by Zoya, who plots their secret meet. Rajveer wants to know how connected are Aditya and Zoya. Zoya shares the evidences with Aditya. Aditya thinks he will turn Zoya jealous while he meets Sanjana. Aditya’s plan backfires, when Zoya stuns him with her beauty. Anjana gets mistaken of Aditya and Zoya’s drama. She tries to fix up Sanjana with Aditya. Aditya gets flirting with Sanjana just to tease Zoya, but his ways give a wrong impression to everyone. How will Aditya refuse to Sanjana’s alliance? Keep reading.

Aarohi attacks Virat to make him fall unconscious. Aarohi learns Virat is upto something. She isn’t his enemy, but hits him to stop her secret from coming out. Virat learns about Aarohi and Abhimanyu’s plans. He senses that Aarohi is again taking revenge on Deep and Tara. He manages to run away. Aarohi asks Abhimanyu to catch Virat and stop him from reaching Raichand house. Virat asks Aarohi why is she doing this. Aarohi reveals her truth in front of Virat. She doesn’t want anyone to save Virat. Abhimanyu helps Aarohi in her revenge. Aarohi doesn’t spare Virat. Tara gets suspicious behind Virat’s disappearance. Deep gets finding Virat. He suspects Abhimanyu when he gets an evidence against him.