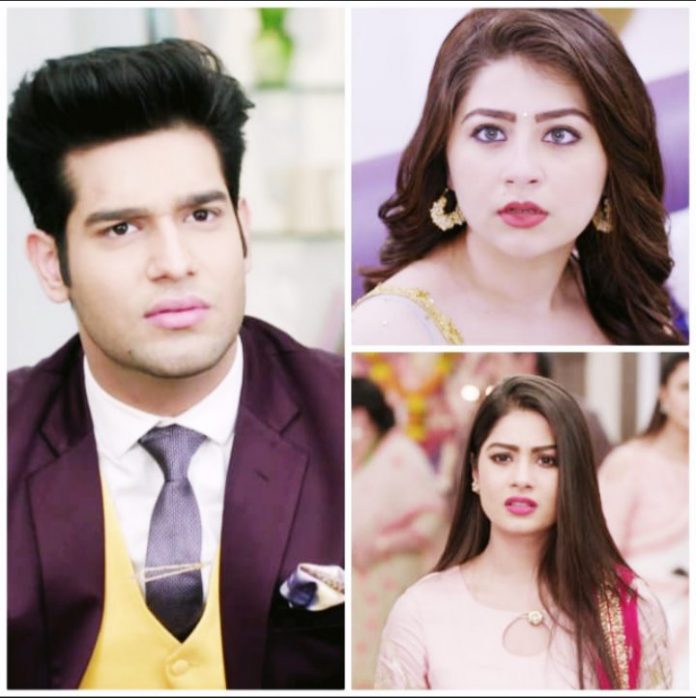 YHM: Divorce twist initiates interesting track… Raman gets saddened thinking of his failure to give the bonus to his staff on Diwali. Ishita understands his feelings. He tells her that Sudha is playing with their emotions, she always makes them helpless. He gets fed up to beg Sudha all the time. He tells Ishita that he just wishes to die. Ishita tells him that he can’t lose hope, he is the hope of the family, suicide isn’t an option ever. She asks him to trust Lord and then his family. Raman doesn’t know how will he manage his debts. The family comes up with a solution to help him. They give away their assets and jewelry to help Raman clear off the debts. They explain Raman that family means the most to him, they will share this problem together and solve it. Raman feels bad when the women give away their jewelry.

The family asks him not to refuse their help, which is their love. Raman accepts their love. Ishita thanks everyone for making Diwali bright like always. Ishita suggests them that they have to move on in lives. She asks family to accompany her for the puja. Ruhi breaks the shocking news of the divorce notices sent by Rohan and Karan. Ishita checks the papers. She tells them how Rohan and Karan have blamed their wives.

She tells Raman about the huge compensation they are asking. Raman tells Ishita that he doesn’t want his daughters to live with such cheap guys. He wants to bash up Rohan and Karan. The family stops Raman from making any wrong move. Ishita asks Raman not to do what Sudha wants. Mrs. Bhalla faints seeing Raman’s high temper. Raman calms down on seeing his mum unwell. The family tries to get legal help in solving this help.

Sudha cries for Rajat’s death. She wants revenge fulfilled. Aaliya and Ruhi hate their husbands. They wish to meet Rohan and Karan once and explain their mistake. Ruhi tells Aaliya that they will give the divorce, but they can’t pay the compensation. Aaliya contacts Rohan to talk to him once. Rohan refuses to meet her. Ruhi asks Aaliya to convince Rohan some how. Karan doesn’t think they should meet Aaliya and Ruhi. Ishita asks Raman not to lose patience and deal with Sudha calmly. Bala tells Raman that they should have out of court settlement to avoid Sudha. Raman doesn’t want to send his daughters to Sudha’s house. Ishita decides to teach a lesson to Sudha.