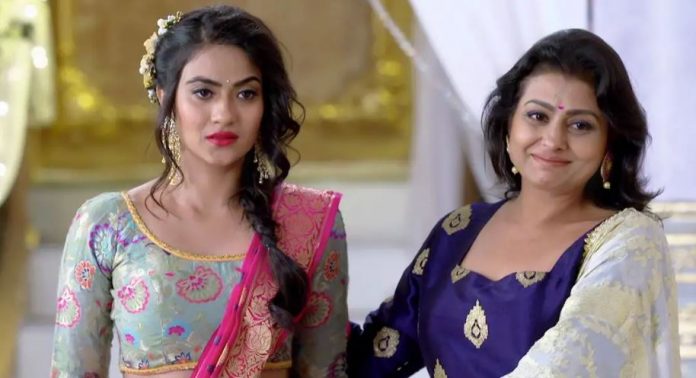 Silsila: Mauli gets upset seeing Kunal and Pari’s lives. Pari wants her to meet again. Mauli apologizes to Kunal. She tells him that Mishti doesn’t want her to meet Pari again. He understands her and tells her that even he doesn’t want to hurt Mishti’s sentiments by making Mauli lie. Mauli tells him that she wants to keep Nandini’s wish, but she is helpless. She clears that its their last meeting, and they shouldn’t meet now. Kunal agrees to her for the sake of his daughters. They bid a final farewell to each other with a heavy heart. On coming home, Mishti confronts Mauli for meeting Pari.

Mauli apologizes to her and accepts that she met an ailing Pari to look after her. Mishti forgives Mauli, since the latter has said the truth. She doesn’t want Mauli to meet Pari again. Mauli agrees to her. Meanwhile, Pari demands to meet Mauli again. She refuses to have food. Kunal asks Pari to stop chanting Mauli’s name.

He gets too angered on her. Pari apologizes to him. She doesn’t want Kunal to leave her, since Nandini has also left her. Mauli gets disturbed thinking about the farewell made to Kunal.

She doesn’t think she has done the right thing. She worries for Pari. Mauli gets dreaming about Kunal. She gets attracted to him once again. She reminisces their happy past and wishes that the future turns into same.

They have a romantic moment and a long awaited union. Ishaan reaches there and realizes Mauli dreaming about someone. She gets smiling while romancing Kunal in her dream. Ishaan gets mistaken that Mauli was dreaming about him. He gets elated that Mauli loves him much. He tells her that their marriage is soon to happen. Mauli learns about a natural calamity. She has to leave for the medical relief camp. Ishaan supports her and books her tickets. Moreover, Dida realizes Mauli’s dilemma. She wants to know the truth from Mauli.

She knows Mauli is running away to stay far from Kunal. She asks Mauli to control her dilemmas and forget Kunal completely. She doesn’t want Mauli to betray Ishaan. Mauli doesn’t accept to have any feelings left for Kunal.

Further, Pari decides to not call Mauli home, but leaves everything on the destiny. She hopes that Mauli comes to her on own. Mauli gets doing her work in the medical relief camp. Kunal also reaches at the same relief camp to help injured people. Kunal and Mauli meet again, unplanned, while avoiding each other. Kunal helps Mauli and assists her in solving problems.

Internet Wala Love: Aadhya waits for Jai to go to Agra. Jai is stuck in Rupa’s birthday party. Meanwhile Shubhankar reaches the place where Samrat’s man called him. When he reaches there, Samrat attacks him with a heavy stone and then gets him beaten by his men. They beat him badly and leave him injured. Aadhya shouts Papa and calls Jai to take his help. Rupa asks Ash to make Jai busy. Ash asks Jai to attend Rupa’s guests. Rupa then asks Ash where is Jai’s phone. Ash tells her that she put the phone on silent mode and hides it there. Rupa gets happy. Jai is about to leave, but Ash stops him. Aadhya calls Jai again and again and worries why is he not picking the call. She takes injured Shubhankar to hospital.