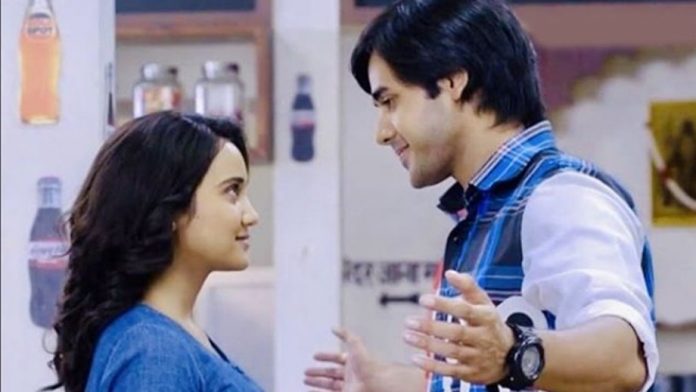 Yeh Un Dinon Ki Baat Hai: Sameer gets scolded and slapped by Naina’s father. Sameer and Naina’s love story gets known to the family. Rakesh doesn’t let Naina come in between and pushes her away. He angrily slaps Sameer. He gets a stick to beat Sameer. Naina tells her uncle that she didn’t elope with Sameer. She also gets slapped. The family gets angry on Sameer. They can’t believe that Naina was planning to elope. Sameer regrets for crossing limits. He tells them that he isn’t scared, as he didn’t do any mistake. He acts bold in front of them. He tells them that he isn’t bad valued to elope with Naina, he will marry her with everyone’s consent. Tai ji too scolds Naina for defaming them and calling her love home to stain their happiness. The family stops Naina from attending college.

Internet Wala Love:
Aadhya and Jai meet in the office party. Aadhya and Rupa try to apologize to Jai. There was many misunderstandings because of Aishwarya. Aadhya and Jai play retro songs for the listens. They have a dance. Aadhya holds ears and apologizes to Jai. She finds Jai angry. Aadhya is sure to melt his anger. Rupa gets angry seeing Aadhya getting back in Jai’s life. Aadhya asks for forgiveness in a cute way.

Ishq SubhanAllah:
Zara shifts to a small house. She leaves her lavish life. She wants to bring a change in Kabeer. Zara gets troubled by a snake. She tries to get saved from the snake. She seeks help from people. The snake charmer comes to capture the snake. Zara cleans the house. She wants to stay there with Kabeer. She makes the food on traditional stove. She coughs by the smoke. Kabeer gets a news for Zara. He tells Zara that Ruksar has recovered. Zara’s cough stops in shock. She asks him what happened to Ruksar, how did she get fine. Kabeer says your cough is gone by this shock. Kabeer cares for Zara. He just needs to understand her perceptive.

Aapke Aa Jane Se:
Sahil meets Vedika and reveals to her that he is her Sahil. Vedika and Sahil have a sweet moment. Vedika hugs him since her wait got over. Jacky dies by Puneesh’s hands. Sahil gets his place back in the house. He regrets that he couldn’t save his twin brother. All doesn’t get well for Sahil and Vedika. Bhoomi returns to create a havoc in Sahil and Vedika’s lives. She gets a new avatar. She wants to take revenge on Sahil and Vedika. She kidnaps them to torture. She reveals her crime partner Usha. Usha is also angry as she lost Jacky because of Sahil and Vedika. Bhoomi won’t be positive now. She wants to settle scores. She challenges them that she will end their love story.

Ishq Mein Marjawa: Aarohi meets Deep in the jail and asks him to pay for his crimes. She wants him to get punished severely. She watches Deep getting beaten up and broken down in the jail. She wants Deep to bear more tortures and repent for his crimes. Deep tells her that he has just loved her and her innocence. He confesses love to her. Aarohi gets in a dilemma. She doesn’t believe Deep, since he has always betrayed her. Aarohi finds someone conspiring to kill Deep in the jail. She fails to see the enemy’s face and learns that Deep’s life is in danger. She worries for Deep. She doesn’t know if she should save Deep or let him die. Her heart tends to believe Deep’s love again.

A girl hugs Pancham. Ilaychi sees this and fights with him. She follows the girl and finds her with Lalu. She learns that the girl had a bet with Lalu, so she had hugged Pancham. She feels guilty when Lalu tells the truth to Ilaychi. Ilaychi tells Sunita that she has to meet Pancham and apologize for doubting on him.