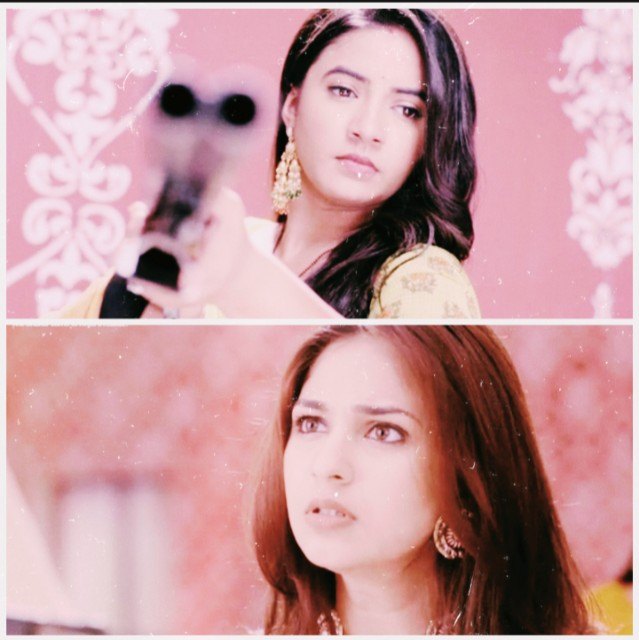 Udaan: Chakor and Imli have a face off. Raghav was excited to meet Imli, after hearing a lot about her. Imli slips into Raghav’s arms. She gets attracted towards him. Raghav gets impressed by her. He sees that Imli is overpowering Chakor. He wants to learn things from Imli. He likes smart women. He tells her that he can join his team, but he won’t go against Chakor either. Chakor gets into an argument with Chakor and tells her that she isn’t involved in Rajjo’s case. She asks Chakor to be alert of her known and hidden enemies. Imli’s clever talks leave a good impression on Raghav. Chakor turns jealous seeing Imli with Raghav. She wonders why is she feeling the jealousy, knowing Raghav isn’t Suraj.

Jija ji Chath Par Hai:
Pancham and Ilaychi get fighting. Sunita asks Ilaychi why are the fighting. Ilaychi feels sorry that she fell in love with Pancham. She gets angry on him for talking to every girl. She asks him how can he hug any girl. She tells him that she will not tolerate his cheap doings. She is upset with him. He clarifies his innocence.

Jai and Aadhya have become great friends. They are much interested in each other’s lives. Jai tries to keep Aadhya away from all the problems. Jai tells his friends that he feels like Aadhya is in love with a guy. He wants to know who is Aadhya’s love interest. He is upset that Aadhya has not told him about the new guy. He wonders when did she get time to meet the guy and know him. Jai gets talking rubbish and complains about Aadhya a lot. His friends get bored and get down the car. They feel Aadhya loves Jai. They tell Jai that maybe he is the guy Aadhya is in love with. Jai doesn’t think that Aadhya loves him. He tells his friends that he will find out who is the guy. Jai also has feelings for Aadhya. His friends are aware of this and wish that Jai understands this soon. Jai doesn’t accept any feelings for Aadhya.

Muskaan and Ronak’s marriage stops mid way because of Sir ji’s heart attack. Muskaan gets in dilemma over the incomplete marriage. She doesn’t know if she should rejoice or cry. Ronak’s plan to stop the marriage works. Muskaan meets Ronak at the hospital. They both share a talk. Sir ji gets conscious and tells Gayatri that he didn’t wish Ronak’s marriage to stop. He apologizes. He hides the truth that Ronak had threatened him about revealing the truth. He asks Gayatri not to keep the marriage rituals again, he accepts Muskaan as Ronak’s wife now. He relieves the family. Gayatri agrees when Sir ji is ready to accept Ronak and Muskaan’s marriage. Muskaan is happy that Ronak has kept the promise.

Shakti:
Harman and Soumya switch their roles and try to enact the old moments. Harman wants to see if his drama revives Soumya’s memories. Soumya gets enjoying the drama fun. Harman and Soumya play with water. He wants Soumya to become his loving and caring Gulabo again. He wants the old days to return. Soumya pulls his leg. Harman gets new hopes.