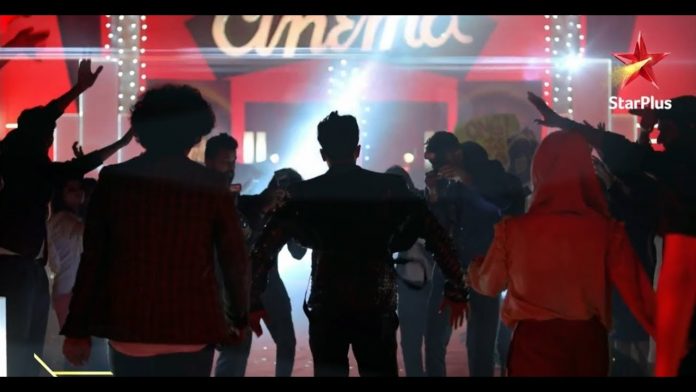 Ishqbaaz Shivaansh is awaited at the grand launch. The media reporters cover the news of superstar Shivaansh’s new film. He enjoys the fandom. The celebs give best wishes for SSO. Shivaansh makes an entry at the launch. He throws around his tons of swag. He is much loved by everyone. Shivaansh’s love interest is at the local market. She gets to hear about Shivaansh. She doesn’t show any interest in knowing him. She struggles to manage her family expenses. She belongs to a poor class. Shivaansh is appreciated by one and all. He is a perfect combination of Shivay and Anika. Everyone loves the lover boy.

Shivaansh also likes to spend time with his fans. The girl spots some eve-teasers. She goes to stop them from misbehaving. She falls in trouble and then puts the goons in trouble. She turns out to be a cop in simple attire. The scene gets similar to ACP Bhavya’s entry. Shivaansh thanks everyone for making his films successful every time. The girl Aditi proves that she isn’t lesser than any hero in real life.

She gets appreciated by the onlooker for her bravery. She takes class of her staff. She asks them to do their work well. A boy reaches Shivaansh to meet. He gets hurt while reaching the superstar. Shivaansh helps him deal with the wound in a positive way and makes him brave. Shivaansh gets accompanied by Dadi and Nani, who miss the real Ishqbaaz Shivay and Anika terribly. Dadi wishes that Shivay and Anika were with them. Nani tells Dadi that Shivay and Anika’s love is known to everyone, and will always be remembered. It gets known how Shivaansh came in their lives and then changed everything. Shivaansh brought the happiness in Oberoi family. They recollect the past when Shivay found his Anika alive by the help of police, and then they were put in a tougher situation by destiny.

They gave life for each other while proving their true love. Shivaansh is thankful to his parents who introduced him to love and its immense strength. Shivaansh recalls the times when he lived with his parents. He holds good memories of his parents, who were the best examples of true love. On the other hand, love and marriage don’t exist for Aditi. How will the two opposites fall in love? Keep reading.