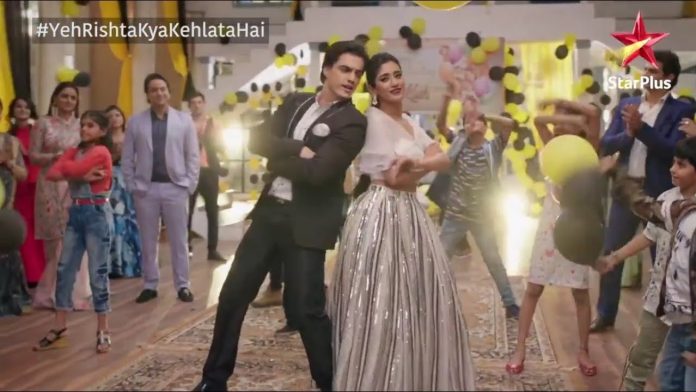 Yeh Rishta: Naira is dreaming to become a mother. Her pregnancy gets new complications. Naira didn’t imagine that she will face such a let down. Kartik gets worried for his wife. He doesn’t want Naira to struggle the same way again. The bad news gives a shock to Kartik. Naira’s pregnancy comes as big happiness for Kaira and families, but the complications create troubles. Naira faints down at home. Kartik gets her to the hospital. Doctor checks Naira and sends her for the tests. Kartik overhears the doctor and asks him what is he saying about the complications in pregnancy.

He tells doctor that he will try to hide the complications from Naira. He requests the doctor not to hide anything from him. Doctor suggests him to take Naira to a good gynac. Kartik asks him why did he say that Naira isn’t fine, what happened to her. Doctor tells her that nothing happened as of now, but it may happy, they shouldn’t take chances.

He asks Kartik will he take action when something bad happens. He says Naira and you have to be extra careful during the entire term of pregnancy, since the clot may develop again. Kartik gets worried and cries. Doctor tells Kartik about the complications in Naira’s pregnancy.

He tells Kartik that Naira should have aborted the child, the medical termination of pregnancy is suggested in this case, but he can’t force his opinion on them. He asks Kartik to take Naira to a specialist and take second opinion. Kartik doesn’t know how will he tell this to Naira. He was afraid for this and wasn’t wishing for her pregnancy. He lies to Naira about her state. Naira tells him that he should be happy that she is fine. He gets a nightmare about Naira and baby. He gets stressed about Naira’s health conditions. Kartik doesn’t let doctor inform the entire matter to Naira. Kartik wants Naira to stay happy so that she handles herself during the pregnancy phase. He doesn’t want the phase to become sorrowful and regretting for Naira. How will Kartik manage the complications? Keep reading.