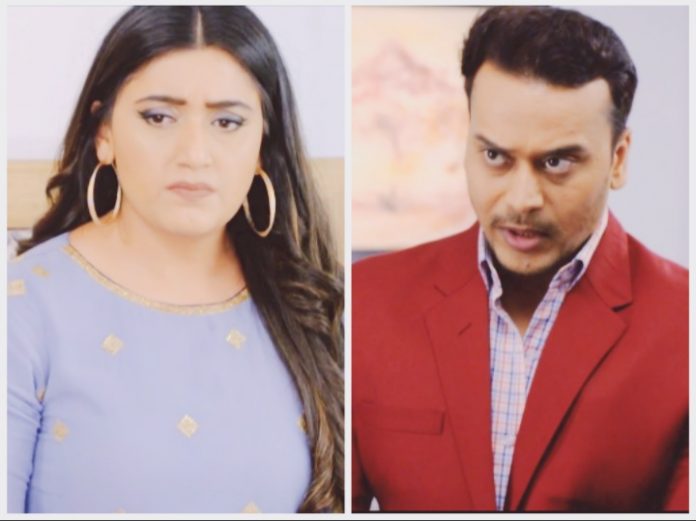 Yeh Hai Mohabbatein Simmi becomes worried by sensing new troubles. Rohan learns that Simmi is getting troubled by Sudha’s plans. Simmi and Raman try to sort the problem. Simmi gets informed that Sudha is transferring money to Parmeet’s account. She gets misled about the entire matter. She doesn’t tell Raman about Sudha’s involvement. She feels she shouldn’t stress the family more. Rohan thinks Simmi has got caught in the plans. Mr. Iyer/Ishita’s dad gets caught in Nisha’s plans. He confronts her for her wrong activities. Nisha demands him to return the money. He falls in trouble. He learns that the man he has seen with Nisha before isn’t her husband, but a policeman. The cop arrests Mr. Iyer and Nisha for illegal ways. Nisha puts the entire blame on Mr. Iyer. Ishita learns about her dad’s shocking arrest.

She can’t believe how he got trapped by Nisha. She knows her dad is a kind and nice person, and can’t do any such crime. She gets defending her dad. Meanwhile, Simmi meets Sudha to know the truth. She confronts Sudha for transferring money into Parmeet’s account. Sudha plays her cards wisely and tells Simmi that she falls weak in the matter of her sons, since she is a responsible mother.

She lies to Simmi to target her mentally. She tells Simmi the truth, that Rohan had met with a big accident and needed a heart transplant in order to survive, just when Parmeet lost Ananya. She tells Simmi that Parmeet has willingly donated Ananya’s heart to Rohan. Sudha tells Simmi about their deal, when Ananya’s heart was transplanted to Rohan. Simmi starts feeling for Rohan, knowing he is carrying Ananya’s heart. Sudha hits on Simmi’s emotions, knowing Ananya is her weakness. Sudha produces the fake evidences to mislead Simmi. Simmi gets shattered knowing about Parmeet’s decision.

Sudha thanks Simmi and requests her not to inform Rohan about it. Simmi breaks down. Ishita learns the entire matter about Nisha. Her dad tells her how Nisha has lied to him and gave him money for keeping safe. Nisha proves that he is lying. Ishita assures him that she will get him freed. She informs Raman about the big problem. Raman gets blocked by Sudha. He tells Sudha that he has to leave for an emergency. Sudha doesn’t let him go anywhere. Simmi turns kind towards Rohan. She doesn’t want anyone to insult or torture Rohan. Rohan gets glad that his plan is working.