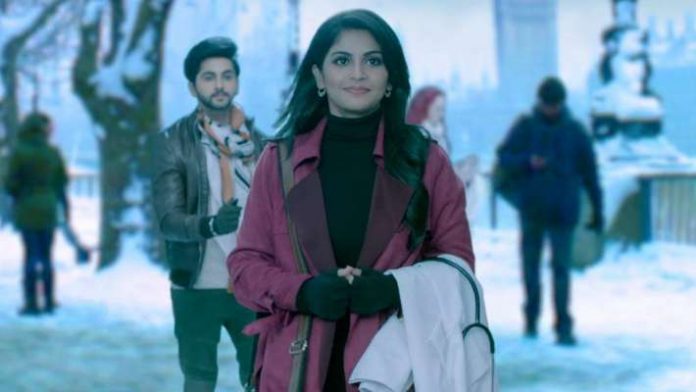 Krishna Chali London Veer and Krishna meet in the church. The groom collapses in the church. Groom’s father begs Dr. Veer to help his son and save him in time. He knows Dr. Veer is a cardiologist and can help his son. Krishna asks Veer to attend the groom. Veer behaves strangely with her and asks her to have food. Krishna yells at him for leaving someone to die. She tries to help the groom. She tells him that she will treat the groom by CPR treatment. Veer gets furious on her for implementing a wrong treatment. He asks Krishna to just leave from there. He attends the groom and saves his life. Krishna witnesses the shocking procedure. She questions Veer about it.

Veer doesn’t feel like answering her. He shows the miracle done to the people. The people get thankful to Veer for saving the groom. Veer gets applauded for his work. Krishna gets impressed by him, and also gets scolded. Veer corrects her and asks her not to use wrong treatment that could kill a patient. Meanwhile, Shukla’s brother is in cell and tries to escape. He fakes illness so that he can go out. Shukla gets informed about his brother’s paralysis. Shukla doubts that maybe his brother is doing any new drama.

Dadda gets shifted to the hospital from jail. He plans to run away. Krishna stays in shock over her mistake. Radhe finds her upset and tries hard to cheer her up. She shares the incident with Radhe. She feels like she doesn’t know anything and maybe she doesn’t deserve to become a doctor. She tells him how Veer has scolded her in the church in front of everyone, but he was right about her.

Radhe gets angered knowing what Veer told her. He encourages her to pursue medical studies and become a good doctor by working hard. She feels that she needs to work hard. Radhe finds Krishna just thinking about Veer’s words. He tells her that they should focus on having their honeymoon planned in London. He pulls Krishna’s leg. Krishna gets late for her college and asks Radhe to help her reach on time. Radhe manages to hire a taxi. He tries to relieve her stress. Krishna meets Veer once again.