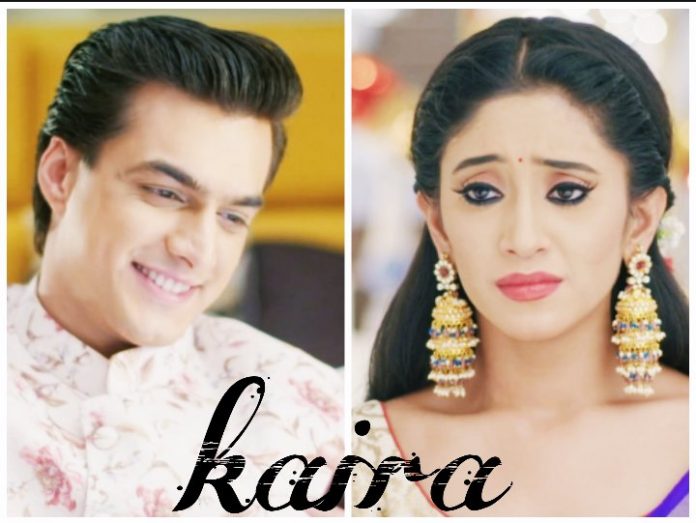 Yeh Rishta Shocker strikes Kartik again. Kartik gets a baby toy from a toy store to show to Naira and break out his decision to her. He thinks Naira will be very happy when he tells her that he is ready to have his baby, he wants the baby to bring happiness. He keeps all the worries at bay. Kartik wants to tell her that he has got over his fears and now he isn’t after abortion. Naira learns his decision to abort their child. They don’t communicate well. Naira doesn’t learn that Kartik has changed his mind and wants to keep the baby. She is much hurt with his bad decision. She doesn’t wait for him at the temple. When Kirti calls her at the cafe, Naira doesn’t go there.

Kartik waits for Naira at the cafe and plans to tell her that he wants the baby as well, and they will together protect a life. Kartik knows that his baby will get his own fate and its all in God’s hands. He makes a wish that everything goes fine. Kartik and Naira have a hit and miss. She heads to the hospital and submits the abortion form.

She gets disheartened over the fact that Kartik couldn’t respect her wish and is breaking her dreams. Naira gets admitted and goes for the abortion, thinking its Kartik’s wish. She does a sensible thing by informing Kartik about the abortion. When Kartik receives her message regarding the abortion, he gets a huge shocker and rushes to save the baby. He knows Naira will lose her willingness to live if she loses the baby. He doesn’t want the baby’s loss because of the big lack of communication. Kartik regrets over upsetting Naira to such an extent. Will Kartik manage to stop the abortion in time? Keep reading.

Krishna Chali London:
Radhe wishes Krishna for the first day at her college. He drops her to the college and does her Aarti as told to him by his mother. He wishes her all the best for her new life. Krishna begins embarking on a new phase, unaware that she will meet Dr. Veer again. Veer heads the students batch and conducts the class. When Krishna makes a late entry and apologizes, she gets reprimanded by Veer, who doesn’t allow her inside the class. Veer is a disciplinarian. He doesn’t want Indians to prove themselves stupid by their bad qualities. Krishna gets excited when she gets a chance to assist Veer in a surgery. Veer turns angry on her behavior for learning more and focusing less.

Mariam Khan- Reporting LIVE:
Mariam and Fawad’s love for each other gets fulfilled. They decide to get married soon. Mariam tells Fawad that she wants to meet her father once so that she can get her answers. She stays restless with the questions bothering her. She doesn’t know why Majaaz didn’t return home and didn’t care for the family, who faces a tough time because of his absence and terrorist tag. She wants Majaaz to return and also clear the stains on his name, so that their family gets the deserved respect in the society.

Mariam indirectly passes a message to Majaaz to know about his negative link-ups with the criminals. Majaaz doesn’t have much to do with the evil doers, but he gets trapped by him. He learns about Mariam, who is trying to contact him. He also wants to clarify to Mariam that he isn’t a bad person, but still a doting father, who lost to the life’s struggles for the sake of protecting his daughter. Mariam and Majaaz’s emotional meet will be witnessed by Fawad.