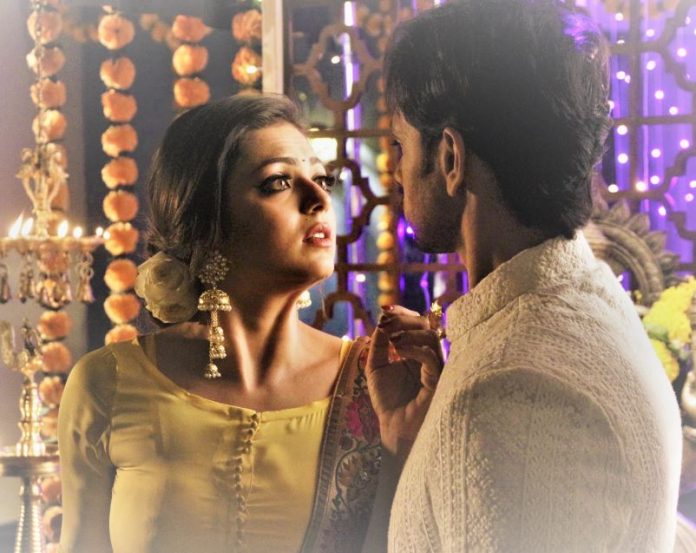 Silsila Kunal regrets and gets emotional with the thought of losing Pari. He tells her that he can’ imagine life without her and hugs her. He worries for Mishti’s hatred for Pari. Mishti gets upset over her fight with Mauli. She wants to meet Ishaan. She feels bad that Muli made her away from Ishaan. She wanders on the roads. Kunal spots her and wonders if she didn’t go to school or bunked her class for a reason. Kunal looks for Mishti, but loses track of her. He gets worried and calls up Mauli. Mishti reaches Ishaan’s restaurant to meet him. She tells him how much she misses him. He feels bad knowing Mauli’s anger on Mishti. Ishaan tells her that he has to inform Mauli about her, else Mauli would be worried.

She tells him how Pari fell in the pool and Mauli misunderstood her. Ishaan tells her that he trusts her. Mishti tells him that she wants him home. Ishaan promises her that he will make everything fine and he will remain her father. He pacifies Mishti to drop her home. Kunal informs Mauli that Mishti has gone somewhere. Mauli gets worried.

Mahek asks him not to panic and calmly find her. She suggests him to call up home and find out. Ishaan gets Mishti home and tells Mauli that Mishti visited him. Radhika informs Kunal that Ishaan has safely dropped Mishti home. Kunal tells Mauli that he knows Mishti well and has seen just her. He worriedly searches for Mishti. He informs Mahek about Mishti, who got missing after bunking the school.

Mauli yells at Mishti and asks Ishaan to leave. Ishaan defends Mishti. Mauli tells him that she will handle Mishti alone. Mishti doesn’t want him to go. Ishaan gets emotional when Mauli makes him away from herself and family. Mishti tells Mauli that she will do what she wants and she will meet Ishaan. Mauli tells Mishti that Ishaan isn’t her dad. Mishti angers Mauli by demanding Ishaan.

She blames Mauli for keeping her away from her real dad Kunal. She further calls Mauli a bad mother, who is making her away from Ishaan as well. She wants to end ties with Mauli, who isn’t caring at all. Kunal gets hyper thinking about Mishti. He fears that Mishti and Pari’s relation can get worse and ruin all the other relations. Mauli breaks down with Mishti’s bitterness. Kunal calls up Radhika to know about Mishti. Mauli’s sorrow gets overheard by Kunal. Mauli finds herself at fault. Radhika and Dida console Mauli and encourage her. Kunal feels sorry for the past. He doesn’t want Mauli to face any failures in life. He regrets for cheating Mauli and abandoning her for having a relationship with Nandini, and making Mishti’s life complicated as well.