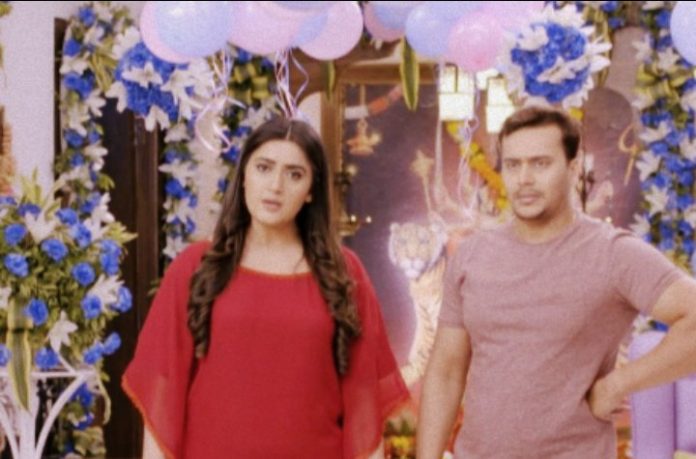 YHM Parmeet enters the story again. Parmeet and Sudha meet in the prison. She tells him that she has paid him a lot for his favors. He tells her that he doesn’t want money, he wants to get released from the jail so that he can take revenge on his enemies. Sudha tells him that she can’t help him in this case. He tells her that he will tell the truth to Simmi and fail her plans. He blackmails Sudha and convinces her to get him released. He tells her that he will help her in taking revenge on Bhallas so that she can get her sons back. He makes a plan to escape from jail and asks her to just help him succeed. He promises that he will sort her problems and help her get rid of Ishita. Iyers are happy that Nisha got exposed and caught up.

They want Mr. Iyer to recover soon and not have any guilt in the heart. Ishita asks her parents not to worry. She feels sorry that her dad is paying a price for being good to people. She sheds tears in tension. Raman pacifies Ishita. He tells her that her dad always helps people and this is his strength.

He cheers her up and tells her that she should be proud of her dad. He promises that he will not leave the evil doers. The Bhallas celebrate Christmas. Ishita and Raman love the decorations. Raman tells them that they will be playing Secret Santa game to choose their Santa. Sudha and Parmeet come up with a plan. Parmeet acts sick. Sudha asks jailer to shift Parmeet to her hospital. She seeks the permission from commissioner.

Raman tricks Ishita for making her the Santa for the big eve. Raman tells Karan that Sudha didn’t come to visit Rohan, he can’t help them either. He fumes on Karan. Simmi takes care of Rohan and pacifies him by a lullaby while remembering Ananya. Sudha succeeds to get Parmeet shifted to hospital. Parmeet tells her that they will kidnap Ishita and teach her a lesson. He asks Sudha to leave the big work of Bhallas’ destruction to him. He plans to enter the Christmas party in a disguise to kidnap Ishita.