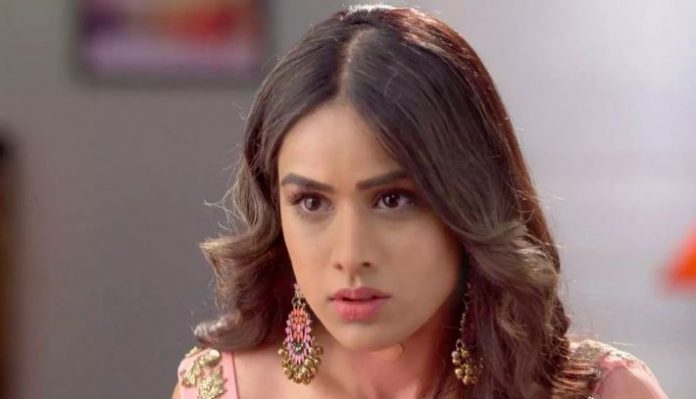 Ishq Mein Marjawa Aarohi thanks Abhimanyu and Gurumaa for their help. Deep finds Aarohi taking care of Abhimanyu. He gets into a fight with Abhimanyu. He asks Abhimanyu how can he act cheap with Aarohi. Abhimanyu and Deep’s fight goes on. Aarohi threatens to shoot herself and stops Deep. She makes Deep leave. Deep gets angry that Aarohi is believing Abhimanyu again. Deep blackmails Tara by using a secret. Tara gets obeying him. Aarohi has a new threat on her life. Tara has joined hands with Vasundara. They both are evil. They are crime partners. Everyone is double crossing each other. Tara is cheated by Deep many times. She doesn’t like cheaters, but tolerates Deep since he is her lover.

Virat gets confused with Tara’s behavior. He confronts her for getting Deep and Vasundara released from the jail. He doesn’t know Tara’s secret planning. He wants to defeat Deep. Tara asks Virat not to bother Vasundara. She gets protective of Vasundara, which leaves Virat puzzled. Mr. X is also with Tara and Vasundara. The mystery intensifies. Aarohi goes missing.

Tara kidnaps Gurumaa and Abhimanyu. Virat makes a plan with Upasana. Deep tracks and saves Aarohi, Abhimanyu and Gurumaa. He fights with the goons. Deep realizes Virat’s plans. Virat and Upasana reach there and get Deep, Abhimanyu and Gurumaa arrested. When Deep is taken away, Deep and Aarohi have a sweet love moment. They get emotional that they are parting away again. Deep makes Aarohi wear mangalsutra. They have fights, hatred, complaints between, but also much love in their relation. Upasana challenges Aarohi to get Deep, Abhimanyu and Gurumaa released from jail. Aarohi accepts the challenge. She wants to protect Deep, knowing he truly loves her. Meanwhile, Tara learns about Aarohi’s mangalsutra. She fights with Aarohi and snatches the mangalsutra. Aarohi doesn’t give her the mangalsutra. Tara tells her that she is Deep’s first wife and has the right on it first. Aarohi ends the thrilling fight and runs out. Tara wants Deep’s love. She wants to trouble Aarohi.