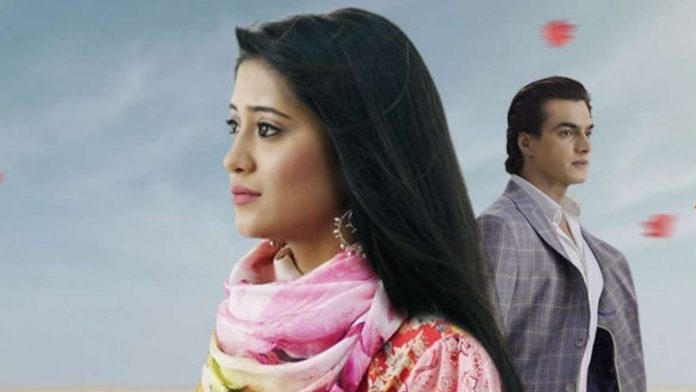 Superhits YRKKH: Naira feels that Kartik doesn’t find her appealing anymore, which is a big problem. She wants Kartik to confess love to her, show his concern and also compliment her. She gets decked upto get praised by him. When he doesn’t speak anything to glorify her, she turns upset and wonders if Kartik is losing interest in her. Suwarna and Surekha explain the next game in the baby shower function, where a husband has to make a knot by thread and show his sharp observation about his wife’s waist size. Kartik makes the extra large sized knot since Naira is pregnant. The knot doesn’t fit her perfectly and gets too loose. Naira feels Kartik isn’t observing her and hence failed in the game. Kartik apologizes to her for the mistake. He doesn’t know how his silly moves are creating a wrong impression in her mind.

Ishqbaaz:
Shivaansh gets mistaken that Aditi is the person who has leaked the kidnapping news to the media and defamed him, which led to Shivani’s engagement breaking. Aditi clears out that she didn’t make any revelation to the media.

He has no faith in her. He tells her that she needs to earn forgiveness and also present the proof of her innocence if she wants to get saved from his wrath. He threatens to ruin her life if she is found at fault. Aditi is true and fearless. She doesn’t care for his threatening and asks him to do whatever he wants.

Parmeet realizes that Raman is working hard to free Ishita and maybe he has striked a deal with the kidnappers. He spies on his goons to know if they are dealing with Raman for the huge amount. He realizes that his goons are double crossing him. He can’t bear the fact that his plan will fail because of his hired goons. He reaches them and threatens them against releasing Ishita. He wants to ruin Bhallas by snatching their strength Ishita. Parmeet shifts Ishita to another place and tricks Raman.