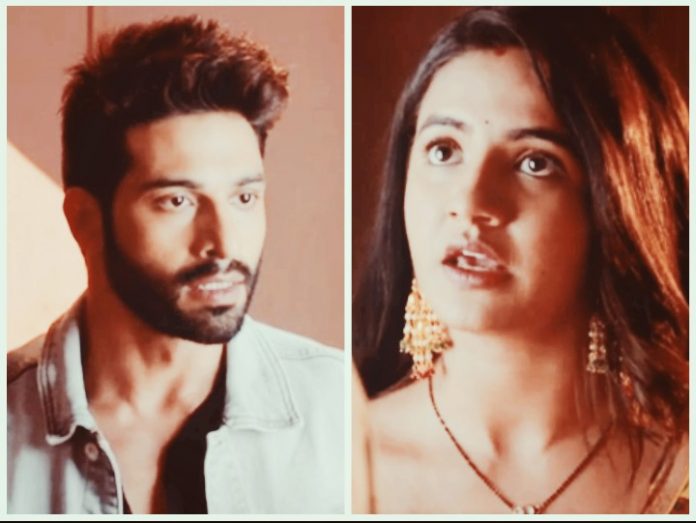 Udaan Twist Chakor is getting habitual to Raghav. She is irritated and feeling guilty that she is cheating Suraj. They get stuck in the jungle after losing their car. They want to go home soon. Raghav saves Chakor from getting knocked down by a car. Chakor and Raghav find a hotel and reach there to pass the night in peace. Things get uncomfortable for them they are given the honeymoon suite. They get the same room to stay together. Chakor feels cold. Raghav teases her jokingly while talking to the room service guy.

Chakor gets angry on Raghav for acting as her husband. She reminds him that he isn’t Suraj. He tells her that they have to act married to stay in the hotel. Raghav doesn’t want to upset Chakor. Chakor worries that anyone can see them together, which won’t be good. Raghav doesn’t think much about the circumstances and consequences, and goes with the flow. Imli gets a big shock knowing about Chakor and Raghav’s outing. She gets insecure that she will lose her love Raghav to Chakor once again.

Harman and Soumya get arguing over selecting the baby’s clothes. They have a cute moment. Soumya wants to make the baby wear cute moments, while Harman asks her to dress up the baby like him. She tells him that even he has no fashion statement of his own. She jokes on his old sense of fashion. They both take care of baby. Harman is happy that Soumya is living her dream of motherhood. Once the baby sleeps, Harman romances Soumya and dances with her. She has all attention on the baby. Soumya tells him that they should be at baby’s side even if baby is taking a nap. Harman tells her that he wants her attention too. They have cute moments of love.