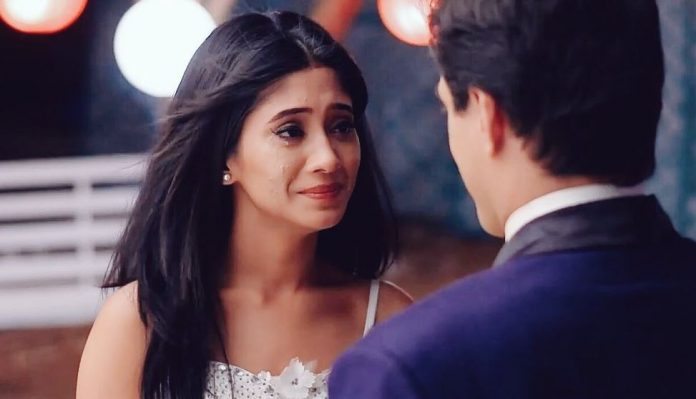 Yeh Rishta Dramatic Twists: Kartik tells Naira that he can prove his love for her the way she wants. She doesn’t want him to make himself a joke in front of the family in order to keep his word. Kartik is trying to convince Naira. He wants to explain her that she is the apple of his eye and will always be. He loves her a lot and tells her that she is the first most person in his life who holds rights on him completely. Naira feels he doesn’t pay attention to her and stays upset. He gets her to a Dhaba. He thinks the change in place will cheer her up. He is handling her mood swings well. When the food isn’t prepared at the Dhaba, Naira feels hungry and tells Kartik that they should leave. The dhaba owner tells Kartik that chef isn’t available, its just the staff here. He apologizes to Kartik.

Kartik tells him that his wife is pregnant and can’t bear hunger. He seeks permission for cooking himself. He tells Dhaba owner that he will prepare Chole Bhature for Naira and the rest of the customers as well. Kartik turns into a chef for his wife.

He makes her feel special and cooks for her. Naira gets happy seeing Kartik cooking. He asks the dhaba staff to make special arrangements for Naira. The dhaba waiters arrange a special table for Naira. Kartik cooks hot rotis and serves Naira. Kartik gets flowers for Naira and treats her like a princess. Naira gets too overjoyed. Naksh visits the same Dhaba with Kirti. He is also going to the same resort as Kartik and Naira.

Naira sees Naksh with someone and gets suspicious. She wants to know who is the girl with Naksh and why. She finds them getting friendly. Its actually Aditya, but Naira gets mistaken about Naksh. Naksh and Kirti miss to see Aditya and pass by the same Dhaba. Naira goes to talk to Naksh, but he leaves with Kirti. Aditya follows Naksh and Kirti with a evil planning in his mind. The coming time will be proved troublesome for them. Naira misses to have the Rakshasutra/protective thread. Naira meets with a deadly accident. Dadi predicts some bad happening owing to the bad omens observed at home. Will Kartik be able to save Naira and his coming child? Keep reading.

Ishqbaaz:
Shivaansh takes Aditi light and gets troubling her. He doesn’t give her the proof of her innocence in the bribery case. Aditi has to proof the truth and take a stand for her self-esteem. She wants to save her job and existence. She uses all the tricks to find the truth and expose Shivaansh’s lie. Aditi tries hard to prove Shivaansh’s staged kidnapping. She fails once again when Shivaansh tags the evidence baseless. Aditi has no proper proof against Shivaansh. They both get hurting each other because of the misunderstanding.

Aditi knows that Shivaansh is getting everyone on his side by his charm. They have much ego tussles. He suspects her for leaking the news since she had threatened him before. Aditi feels they have a sweet and sour bond. She gets against him and also provides him security. Aditi learns about Shivaansh’s challenging side and immense love for the family.