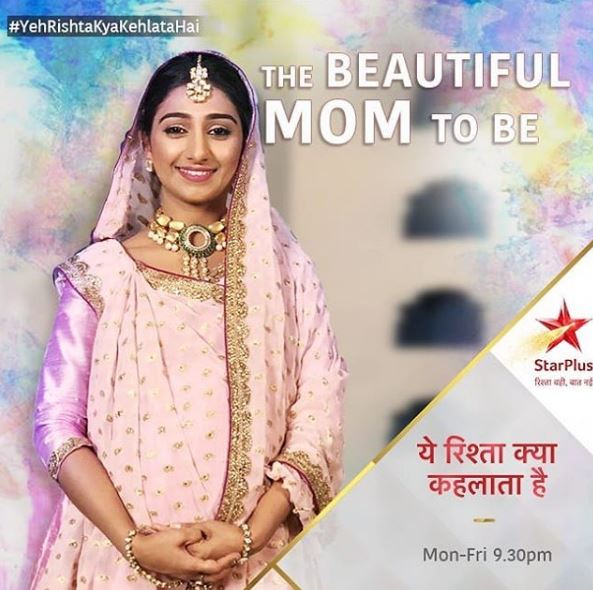 Yeh Rishta unthinkable twist will be happening in the coming track. Kartik and Naira wanted to get rid of their tensions and planned the babymoon. They didn’t know that danger will knock their destiny in an unexpected way. Naira was afraid for her own life, since she is pregnant and her baby is at risk too. She is dealing with her health issues already and facing more trouble by the inauspicious strange feelings. Naira is troubled by the bad dream. The dream soon gets true on their trip when a major accident happens. Kirti loses her life in the accident.

Kartik and Naira had insisted Kirti to come for the trip, so that Kirti also gets to celebrate her short babymoon. Naira will be getting blamed for Kirti’s death by Suhasini Dadi and Bhabhimaa, who were too cautious in Kirti’s case. Kirti will be leaving the family forever. Kirti’s accident comes as a shocker for Kartik, Naira and everyone. Naira sees Kirti’s dead body and realizes the dream she was bothered about since long. She senses that she had been getting warned about the family member’s death since long. The car accident snatches Kirti from everyone.

Naira will be shattered with Kirti’s death, just like rest of the family. Kartik and Naira will be facing a tough time when they are regarded responsible for Kirti’s death. Kartik had planned the trip for mental peace and didn’t know this would happen with them. There will be big revelation of Aditya’s involvement in the accident. Kartik and Naira will have to find the root cause of the accident. Naira fears for injured Naksh’s life as well. How will Naksh accept Kirti’s final departure? How will Goenka and Singhania family deal with the huge loss of Kirti? Keep reading.

Uttara Devi will be seen in a completely new avatar once again. Uttara has lost her mental balance. Niyati learns that Falguni and Suyash faced a death threat. She gets informed by Vidhaan. She rushes to see Falguni. She finds Falguni fine and asks her about the blast. Falguni tells Niyati that Suyash and she have not got harmed. Police inspector asks Suyash to stay at Falguni’s home in disguise until he finds his enemy.

Suyash gets helpless but follows the security tips. Falguni gets happy that Suyash will be coming home to stay with them. She wants to change Suyash’s perception about her. She has a big task, that’s to keep Suyash and Uttara away. She knows Uttara will also try to harm Suyash if she spots him at home. Suyash and Falguni will be seen celebrating Lohri together, after Karwachauth. Niyati and Vidhaan try to unite them. Suyash meets his son Govind again, who is also known to Falguni. Govind will be playing cupid for Suyash and Falguni.

Jija Ji Chath Par Hai:
Pintu returns home after many hurdles. Pancham tells Murari that he has finally found Pintu. Ilaychi gets jealous once again seeing Pancham and Pintu celebrating together. Pintu reveals the reason for her leaving. Pintu wanted to get rid of her disguise.

He gets greedy that he has won a lottery and returns to Pancham. Ilaychi and Sunita feel bad that Pintu’s greed has ruined everything. They wanted Pintu to stay as a guy so that Pancham gets free of his fake wife. Ilaychi scolds Pintu for ruining her plans.

Muskaan reveals her truth to the family. Gayatri gets heartbroken with her. Ronak fails to take a stand with her, since Gayatri scolds him for getting a bar dancer home. He wants to tell Gayatri that it was his decision, Muskaan is innocent and didn’t mean to break anyone’s faith. Ronak expects Sir ji to tell the truth to the family. Sir ji saves Ronak from coming at the family’s target. He tells Gayatri that Muskaan’s truth isn’t conpletely known to them. Ronak wishes that Sir ji expresses his truth and saves Muskaan from Gayatri’s hatred. Ronak sympathizes with Muskaan. He wanted to make her meet Aarti and surprise her.