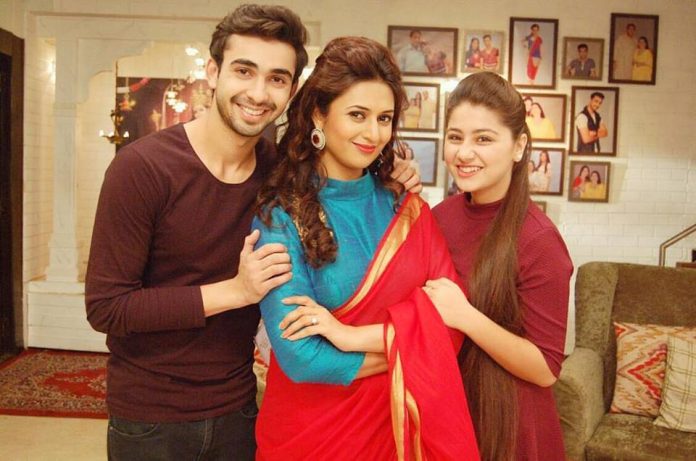 Adi returns in Yeh Hai Mohabbatein: Ishita gets saved by a masked guy, who moves her out of the chemical factory, where the poisonous gas was leaked by Parmeet’s goons. Ishita gets a huge shock when the guy removes his mask. She gets to see her dead son Adi. She can’t believe this and faints down, knowing Adi can’t return back. Adi lifts her and puts her captive in the room. Ishita gains conscious and thinks how can this happen. She spies on Adi. She learns that the guy is Yug, not Adi. She wants to know about Yug. Yug is a poor guy, who wants to get rich by dealing with Raman. He wants to make Ishita reach Raman, so that he can get 20 crores from Raman. There will be big shock for Bhallas with Adi’s lookalike Yug’s entry.

Aapke Aa Jane Se:
Ved collapses down and falls off the stairs. He gets much injured. Sahil tells Vedika that he can’t wait for the doctor, he is taking Ved to the hospital. They want to know who has hurt Ved. They think Ved was flying a kite and fell down, but actually Tej’s aide has hurt Ved. Tej has sent the servant to harm Sahil and his family. Tej is a minister and has powerful contacts. Vedika had slapped him, and she earned an extra enemy.

Tujhse Hai Raabta: Anupriya is in the same hospital where Sampada goes to get her pregnancy test done. Anupriya feels pain in her stomach due to the spiked tea given by Vivek and Pallavi. Sampada’s test comes positive. She cries badly. Anupriya hears her crying and feels bad. She thinks don’t know who is crying and moves the partition curtain to check. Sampada’s face is turned and Anupriya doesn’t see her. Pallavi comes there. Kalyani realizes Anupriya is in danger and tries to call her. Anupriya calls Kalyani. Malhar picks the call. Anupriya tells him that Sampada is in Mumbai. Malhar gets angry and thinks to take revenge on Sampada and Atharv.

Kumkum Bhagya: Doctor asks Disha to take Kiara’s sample for the DNA. Disha takes her hair sample and gives to Doctor. King comes to the hospital and tells Pragya that he is worried about Kiara. He asks her to take him to Kiara. Abhi sees King and hides. He gives his sample for DNA test. Tanu and Aaliya come to the hospital. They come to know about the DNA test and want to prove Abhi and Kiara’s blood ties false by changing the reports.

Kundali Bhagya: In the courtroom, Monisha accuses Rishabh of killing Rithvik and asks Judge to give rigorous punishment to him and hang him. Karan has already broken court rules and is captive by the constables. He gets angry and grabs Monisha’s neck while Constables try to stop him. Karan shouts that his brother is innocent. Judge asks him to maintain silence and says this is contempt of court. Everyone gets worried for Rishabh as Judge notes Monisha’s statement and about to give a verdict.

Chakor makes a love confession to Raghav after having many difficulties and finding him supporting her. She feels he has risked his life for her, just like Suraj would have done. After an argument between them, she realizes his true love. Raghav confesses love to her and tells her that he knows his feelings for her is the problem, he would have not fallen in love if he knew what love is in actual. He tells her that Anjor has also become a part of his life and he can never forget them even after going away. Chakor gets reciprocating his feelings and confesses love to him, which surprises him a lot.