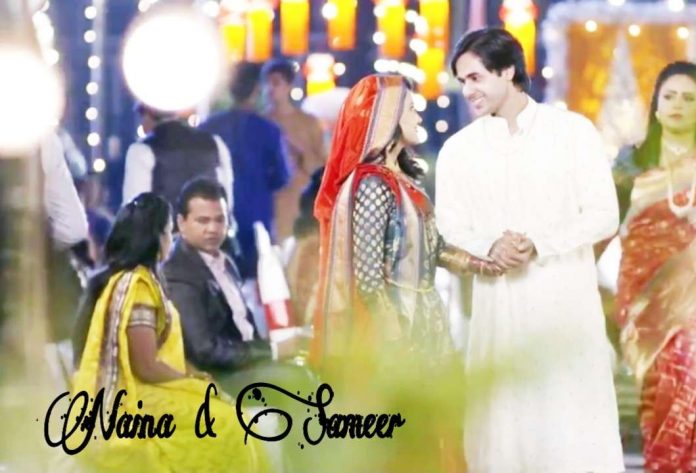 High Five Spoilers on TellyReviews: Yeh Un Dinon Kumkum Bhagya and many more hit shows. Yeh Un Dinon Ki Baat Hai: Sameer sees true colors of Mama and Mami. Mama tells him that Nanu named the house on his name so that he can take care of him well. Sameer can’t believe that Nanu would give his rights to someone else. Mama tells Sameer that he will get him married to a nice girl, but Sameer refuses to forget Naina. Sameer tells that he is leaving the house and doesn’t want to stay there anymore. Anand convinces Rakesh for Naina and Sameer’s marriage. Naina gets happy with things falling into place again. She dances with Preeti, Swati, and Kamya in her house.

Shakti: Soumya determines to dedicate her life for the baby and asks the baby not to let her away from him ever. She feels the happiness of motherhood achieved with Soham’s coming into her life. She decides to fight for the baby. She aims to keep the baby happy. Sukha plans revenge from Harak Singh and his family. Preeto confronts Veeran and asks him to tell the truth about 20 years ago theft in the factory. Veeran acts as if he is innocent. Preeto and Harak Singh force him to tell the truth.

Tujhse Hai Raabta: Malhar punishes Kalyani for breaking the watch and not valuing things. He makes her stand like a watch and asks her to show time whenever he asks her. He tells her that now she will think twice before breaking something in the future. Kalyani thinks she can’t become Jata Dhaari Baba as she is stuck in the house. She thinks she has failed to make Aparna confess of knowing about Sampada and Atharv. Anupriya comes to meet Kalyani. Kalyani says she can’t come out of the house. Anupriya says they can’t work on their plan now. Kalyani asks Anupriya to disguise as the Saint Jata Dhaari Baba and fool Aparna to tell everything.

Kumkum Bhagya: King comforts Aaliya seeing her crying. Tanu fumes seeing Abhi romancing with Pragya. Pragya gets tensed and thinks Tanu will do something for sure. Nikhil plans to kill Dr. Anjali and get the DNA reports. Abhi tells Pragya that it is his old habit which will not go soon. Pragya says if you let the habit go, then it will go. Abhi says that’s why I don’t want to let it go. Aaliya asks King to stop making her understand again and again and asks him to understand that she is a just a girl who wants love. King hugs her and feels bad seeing her condition. Chachi spots them hugging and thinks the wife/Pragya is with someone and husband /King is with someone else and thinks don’t know what they have to see more.

Kundali Bhagya: Sherlyn refuses to call Karan when Prithvi asks her and fears that Karan will get doubtful on her. Sarla gets worried for her daughter and calls Kundra house. She asks Kareena to make her talk to her daughters. Kareena says she can’t call Preeta, who went to Police station as Shrishti is there. Sarla is shocked to know about Shristi being in the Police station.

Internet Wala Love: Jai is about to go back to Delhi after Aadhya asks him to go. He then realizes his love for Aadhya and recalls their moments. He asks the cab driver to stop the car. The cab driver tells that if he stops the car then he will miss the flight. Jai says if I go today then my life’s biggest flight will miss. Kiara asks Aadhya to see what Jai has posted in the social networking site. Jai calls Aadhya and asks her to come to Nariman point. Aadhya comes running to Nariman point. Jai proposes Aadhya uniquely in Mumbai beach.