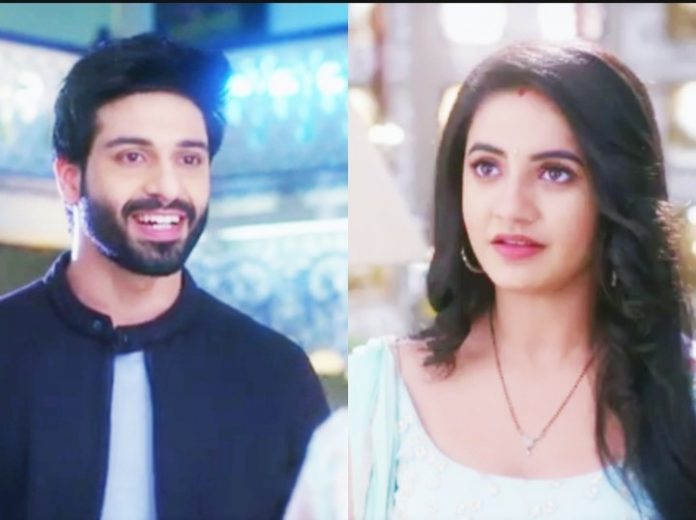 Udaan Bhanu Pratap enters Aazaadgunj with wicked intentions. Raghav arrives in Bhanu Pratap’s birthday party. Raghav performs in the party with the dancers. He misses Chakor. He makes a grand entry and surprises Bhanu. He asks Bhanu to dance along. Raghav and Bhanu shake a leg. Bhanu knows he isn’t Suraj Rajvanshi, but his lookalike Raghav. He asks Raghav to accept the deal and give the land for his illegal business. Raghav refuses to support him. He finds Bhanu foolish to think this can actually take place. Chakor and Imli also arrive in the party to protect Raghav from Bhanu’s goons. Lallan gets misbehaving. Chakor slaps Lallan. Bhanu tries to act good in front of Chakor and also slaps Lallan.

Bhanu doesn’t want Lallan to ruin his plans. Imli is aware of Bhanu’s past. She knows he is a dangerous person. She doesn’t want Raghav’s truth to come out. Chakor goes missing. Raghav isn’t aware of the truth that Bhanu has kidnapped Chakor. Raghav learns about Bhanu’s threatening. He gets into angry avatar and attempts to kill Bhanu. He is in love with Chakor and can do anything to save her. Bhanu realizes Raghav’s weakness and understands how to get the deal sealed.

Sitara Vish Ya Amrit: Sitara meets with a car accident, while saving Viraj. She learns Samrat’s kidnapping plan. She fails his evil plans. Viraj gets caring for Sitara. He doesn’t know what has happened with her. He wants her to gain consciousness and tell him about the accident. He wants to know the culprit behind her accident. She always rescues him from all the problems. He feels guilty for her state. Samrat wanted to kidnap Sitara and take revenge on her. Viraj gets to hear Samrat’s allegations against Sitara. He doesn’t believe Samrat. He has much faith in Sitara. He gets to hear Daasi/Surili Maasi talking to Sitara. Surili cries for Sitara and gets emotional. Sitara’s dad learns the news and rushes to meet her.