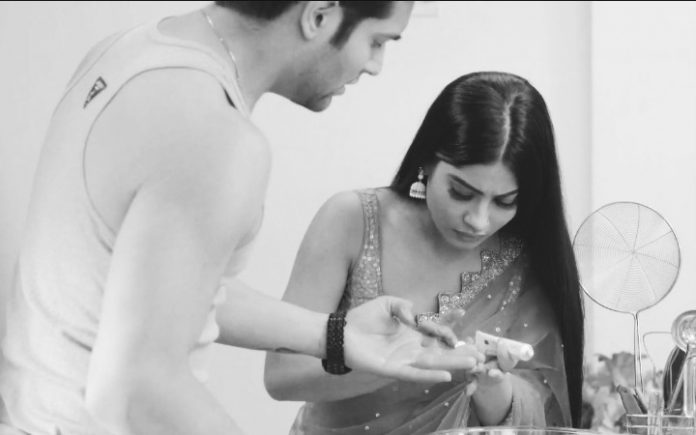 YHM Rohan realizes his misajkes. Sudha tells Rohan that she has kept her ego aside to come to talk to Bhallas. Rohan tells her that he loves Aaliya and Bhallas too. Sudha tells him that Aaliya doesn’t love him, she has already signed the divorce papers. Rohan and entire Bhalla family can’t believe this. They get a shocker. Sudha asks Raman and Ishita to be happy that Aaliya is getting freed. Yug tells his friends that Ishita has given him a big contract to thank him. He feels proud of himself. He tells them that Ishita isn’t trapping them, since she has told the family as well that they have saved her. He is happy that everything got fine. He gets curious to know about Shagun, who called him Adi.

He doesn’t understand who is Adi and why did Ishita and Shagun react this way seeing him. Yug wants to know about Adi. Raman and Ishita can’t believe that Aaliya has taken a big decision. Sudha tells them that she has removed the 100 crores clause and now they should not have any problem.

Meanwhile, Aaliya learns the matter and tells them that she didn’t sign the divorce papers. She makes Sudha speechless. She tells them that Karan has lied to her to get her signatures on the papers. She scolds Karan, while Rohan learns Aaliya’s interest in keeping the marriage.

Rohan angrily slaps Karan for trying to break his marriage. Sudha tells Rohan that she has done this and involved Karan in her plans. Karan asks Rohan why does he want to stay with Bhallas. Ruhi wants to divorce Karan. Raman tells Sudha that he will let her sons leave, but he has his conditions. He takes back Sudha’s stake from the company if she wants her son freed. Sudha signs the papers for the sake of her sons.

Rohan tells Sudha that he will not divorce Aaliya. He makes an unexpected decision that he won’t leave Bhallas. Raman doesn’t believe Rohan. Rohan doesn’t want to hurt Aaliya. He leaves from Bhallas. He knows no one will trust him again. Bala shares his problems. Rohan tells Bala that he has done all the wrong things for the sake of Sudha. He tells him that he wants to get away from Sudha now, since she is showing a wrong path to him. He feels changed because of Bhalla family.

He gives credit to Ishita and Simmi, who have real motherly love in them. He gets against Sudha, who has just used him and made him away from his happiness. He feels bad that Sudha doesn’t understand him. He wants a place in Bhalla house. Ruhi and Karan sign the divorce papers and get free from the unwanted relation. Rohan tells Raman that he will leave, but he won’t go back to Sudha. He apologizes to Aaliya and also confesses love to her. He asks her to give him forgiveness and another chance to keep their marriage. Aaliya tells him that she can’t trust him again. She feels cheated by him. Raman asks Rohan not to show his face again. Karan gets fed up of the slavery. He wants to go home and rest. Bala tells Raman that they should trust Rohan and give him a chance. Sudha gets upset that she is losing her son.