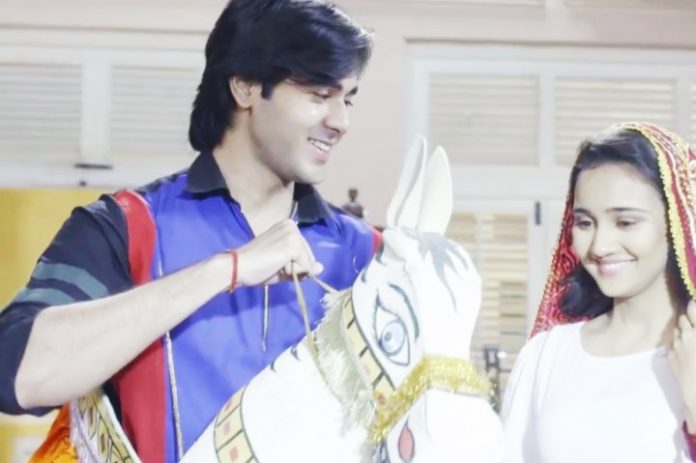 Weekend Spoilers Yeh Un Dinon Udaan. Yeh Un Dinon Ki Baat Hai: Anand and Bela try to assure Naina’s comforts and get the best things to send with Naina at the time of her farewell. Preeti is happy for Naina. Bela asks Anand if he has spoken to Rakesh and convinced him. He tells her that Rakesh isn’t agreeing. Bua tells them that Rakesh will agree some how, Rakesh will be the first one to welcome the guests and do duty of bride’s father. She says I know Rakesh well, he is just doing a drama. Anand wishes that Bua is saying true. He tells them that Rakesh should be normal at the time of Naina’s marriage, Rakesh has to perform the kanyadaan.

Ishq Mein Marjawa:
Raj and Aarohi have a romantic moment. Aarohi senses that he isn’t Deep, but someone else. She feels his touch alienated. He doesn’t want her to doubt. Raj is hiding his identity from her. On the other hand, Deep is trying to escape from Raj’s clutches and reach back home. Deep wants to meet Aarohi and tell her the truth.

Internet Wala Love:
Jai is angry because of Aadhya’s rejection. She doesn’t want to forgive him. He fails to perform well on the radio show. He wants to lessen his stress. He stays occupied by tensions. Dada ji meets him and learns the matter. He encourages Jai and asks him to be strong, Aadhya will soon forgive him.

Udaan:
Imli learns about Bhanu’s big plan to kill Chakor and Raghav. She wants to save them from the blast. Bhanu tries hard to flip Imli’s mind and get her on his side so that he can acquire the land for illegal business. Chakor expresses her love for the country and goes for flag hoisting. Imli is in tension. She has to stop Chakor from flag hoisting. Raghav tries to know the cause of tension. Imli doesn’t give him any hint of the shocking danger. She wants to protect Chakor and Raghav from Bhanu’s conspiracies.

Chakor, Raghav and Anjor have a family moment and stay happy. Imli doesn’t want this happiness to end. Raghav gets mistaken about Imli’s intentions when she stops Chakor from flag hoisting. Imli asks Chakor and Anjor to come with her, their lives are in danger. Chakor asks the matter. Imli tells them that Bhanu has fixed a bomb there to kill them. Raghav suspects Imli. He asks Imli why did she lie to ruin their peace. Imli tells them that she isn’t lying, she has caught Bhanu’s man.

When Imli pushes Chakor away to safeguard her, Raghav rescues Chakor from the nails fallen on the ground. He scolds Imli for doing this in jealousy. He tells her that there is no bomb around and Imli is just lying. Raghav angrily slaps Imli and breaks her heart.

Aapke Aa Jaane Se:
Arya and Guddu get married. A twist comes when Sahil decides to marry his love. He gets confused between Vedika and Pankti, since he imagines Pankti with him, instead Vedika. The family does Arya’s bidaai and get emotional. Arya and Guddu get their blessings. Guddu’s evil face will be known. Guddu is puppet of Usha and Mandakani. Guddu wants to divorce Arya. Meanwhile, The family decides to get Vedika and Sahil remarried. Vedika gets happy and looks forward to marry Sahil. She gets mistaken that Sahil has recovered his memories and is accepting her again in the family. Vedika and Pankti get ready in the bridal attires. Sahil gets married to Pankti, since the brides get swapped in the nick of time.