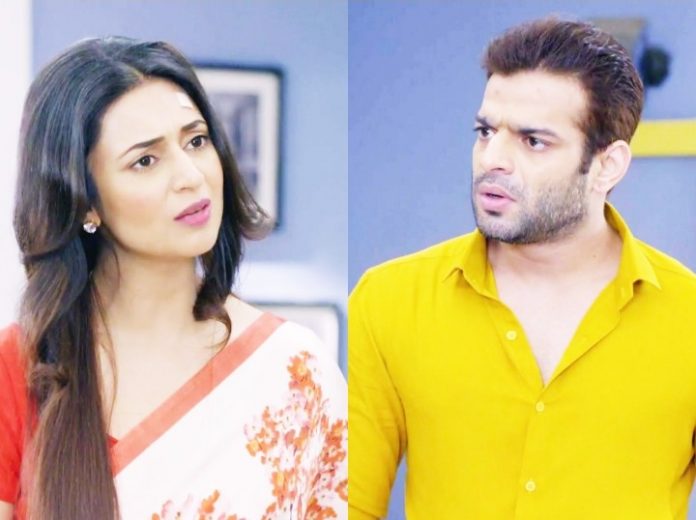 Yeh Hai Mohabbatein Stunning twists. Ishita gets delighted to see little Pihu dancing. She helps Pihu and teaches her the steps. She tells Pihu that she won’t break the surprise to anyone and keep it a secret. Ishita dances for a while and amazes Raman. Raman gets happy to see Ishita cheerful and light. Raman asks Pihu why didn’t she tell him about the surprise. Pihu tells them that she will tell them whom she loves the most. Raman and Ishita have a dance and spend romantic time. Pihu tricks them and makes them spend time. Raman gets shy with Ishita’s romantic gestures. He tells her that he has much work and has to attend the minister too. Meanwhile, Shagun welcomes Yug home and treats him nicely as if he is her son Adi. He asks him to let her know what would he have. He shows his simple side by opting for simple food.

She learns that Mani is coming home. Mani tells her that he is arriving in some time. She worriedly asks Yug to leave, since she doesn’t want Mani to meet Yug. Yug finds her behavior weird. He asks her the problem. He asks if she doesn’t want her husband to meet him. She tells him that she will explain him everything later. She packs the food for him. Yug gets upset with her and leaves from her house.

Raman and Ishita look after the Republic day arrangements. Sudha arrives there with Karan. They upset Raman, Ishita and Rohan as well. Sudha asks Rohan to distribute the sweets to his friends. She plays another drama so that the spiked sweets reach Raman. Raman and Ishita have no idea about Sudha’s plans. They don’t think Sudha is up to some foul play again. Raman consumes the sweets by believing Rohan.

Sudha wants Raman to create a scene. Raman tells Ishita that he has to leave for office and will return in some time. He asks her to beware of Sudha. Sudha tells Karan that everything is going as per her plans. Rohan asks Sudha to stop her nonsense. Sudha tells him that she has changed and lending help. Rohan asks her to leave. Sudha is sure that Rohan will return home on his own before the day ends. Rohan compliments Aaliya and apologizes to her. Aaliya forgives Rohan. Their relation gets changing. She understands that Rohan isn’t involved in Sudha’s plans. Rohan doesn’t want Sudha to spoil his relations with Bhallas again. Raman gets high after consuming the sweets and tries to kill the minister, in whom he visualizes Parmeet.