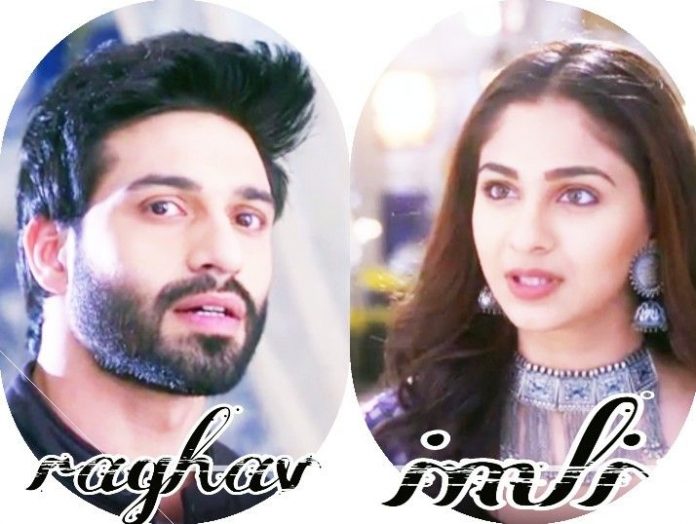 Peak drama in Colors Udaan: Anjor learns Raghav’s truth. Raghav knows that Bhanu has done this with Anjor. He can’t see Anjor in critical state. Anjor gets medical aid. Chakor gets Anjor treated when Anjor loses her breath. Chakor knew that Anjor won’t be able to handle the truth. Anjor asks Chakor about Raghav’s truth. Chakor wants to explain her later. Anjor deals with the traumatic truth. When she gets restless, doctors handle her. Raghav goes to pacify Anjor. He overhears Chakor. Chakor tells Anjor that nobody can take Suraj’s place in their lives. Raghav gets mistaken on hearing half of her statement.

She asks Anjor to give a chance to Raghav, since he also loves Anjor a lot, despite the fact that he isn’t her dad. She asks Anjor if he found Raghav’s love a lie. Raghav keeps a toy for Anjor, and picks Anjor’s picture to take along. Chakor sees Raghav leaving the house in anger. She feels he has left them by hearing her words. She runs after the car to stop him. Chakor sheds tears. Raghav goes to meet Bhanu and punish him for playing with Anjor’s life. Anjor doesn’t want to stay with any stranger.

Raghav feels sorry for everything. Chakor and Raghav are guilty to hurt Anjor’s heart by the big lie. Chakor knows Raghav loves Anjor as his own daughter. She wants Anjor to forgive Raghav and accept him in their lives. Raghav reaches Bhanu and plans to ruin him. Imli finds Raghav in trouble. She will be getting Raghav to haveli.

Shakti: Soumya and Raavi play with Soham. They take care of the little baby. When the baby gets snatched, Soumya gets panicking. Varun gets the panchayat women, who take away the baby. Soumya gets restless and wants her baby back. Soumya loses her control. She asks Harman to get her baby. Soumya faints down. Harman gets her to the room. When she wakes up, she asks for Soham. Preeto and Raavi pacify Soumya. Harman doesn’t want Varun to snatch their happiness.