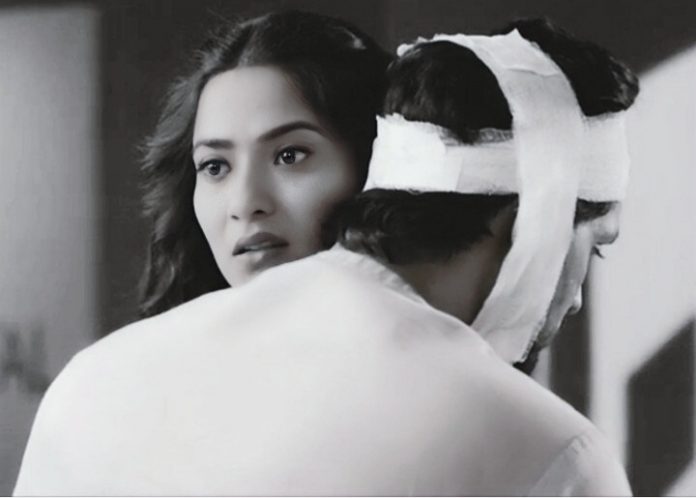 Silsila Kunal Mauli romance. Kunal mentions Nandini’s name from Mauli. Mauli tries to make him remember Nandini so that he gets all his lost memories out. Kunal tells them that he doesn’t remember Nandini. He tells Mauli that he loves her a lot. He wants to celebrate their wedding anniversary with Mauli. Radhika and Dida try to stop him from pressurizing Mauli. Mauli asks them to let Kunal celebrate his big day. He tells Mauli that he was longing to have the special sweets which is available only at a specific temple. Mauli tells him that they never visited the temple. He laughs on her and asks her if she has lost her memory.

Mauli tells Ishaan that Kunal is remembering few things of his past, but she doesn’t know when will he get normal. Ishaan asks her not to worry, Kunal will recover with time. He tells her that he is waiting for her and praying that Kunal recovers soon, so that their marriage can happen. Mauli wishes the same. Kunal insists Mauli to come along with him for a romantic dinner date. He gets mesmerized seeing Mauli and turns romantic, making Mauli more comfortable. She tries to get rid of her feelings of discomfort only to give him happiness and help him recover. Kunal tells her that he is okay and they don’t need to stay back at home. She gets aback when Kunal fills sindoor in her hairline.

This feeling pushes Mauli back in her past. She gets flowed by the emotions. He tells her that he loves her a lot. He reminds her the tattoo he has made for her. He finds the tattoo missing. Mauli tells him that tattoo got removed by the injuries and skin tear. She asks him to forget it, its important that they are together and its really happening. Kunal agrees with her. Mauli gets falling in love with Kunal again, when he makes romantic gestures. Ishaan looks after the girls Pari and Mishti, while Dida and Radhika pray that Mauli’s tests come to an end soon. Radhika visits Ishaan and surprises the girls.

Ishaan learns about Mauli and Kunal’s dinner date. He has a belief in Mauli that she won’t do anything wrong. Ishaan loves Pari as much as he loves Mishti, since Pari isn’t at any fault. He feels sorrowful for Pari, for losing her parents. He tells her that Sandhya has left the house, since she didn’t agree with his decisions to help Mauli. Radhika feels sorry for him. Ishaan tells her that he will convince Sandhya soon. Radhika gets grateful to him. Kunal blindfolds Mauli and gets her for the stunning visual surprise for their anniversary. Mauli turns nervous when he gets romantic. Mauli wants to avoid Kunal. Kunal tries to awaken her romantic feelings.

Udaan:
Raghav gets crying and misses Anjor’s love. He has no blood ties with her, but he proves that relations are made by heart too. She used to call him dad, and now when she treats him like a stranger, he gets broken down. Anjor cries for Suraj’s death. She misses her real dad, even when Suraj’s lookalike is in front of her. She just wants Suraj back. She doesn’t want to accept Raghav in Suraj’s place. Her health gets worse with time, and Chakor arranges medical team at her service at home. Raghav waits for Anjor to call him. She doesn’t like to see him. Raghav gets fatherly love for Anjor.

On seeing her sleeping, he goes to sit with her and express his feelings. He feels bad to lose Anjor’s trust. He didn’t mean to lie to her. Chakor has put Raghav in this situation. Chakor tries hard to explain Anjor. Anjor reacts in anger and gets more unwell. Chakor shouts to the doctor to get Anjor treated. Doctor asks Chakor not to give any sort of stress to Anjor.