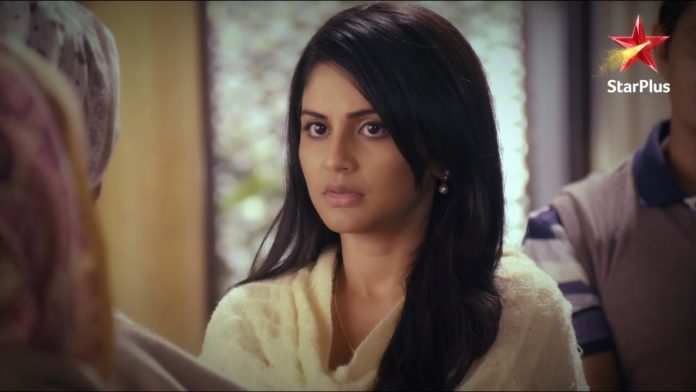 Radhe’s return in Krishna Chali London: There will be a big twist coming up with the revelation of Krishna’s pregnancy. Krishna was progressing in her career, holding Radhe’s memories. The pregnancy news gets happiness in the family. Shuklain plays dhol and regards that her son is coming back to her in the form of the coming child. She celebrates Radhe’s return in the family. She gets happy and hugs Krishna all by her heart. She wants to look after Krishna well for the sake of the coming child. Krishna isn’t sure of the happiness in the house due to the pregnancy and gets in dilemma. Bela clicks Krishna and Veer’s picture when they are in an odd situation. She can’t see Krishna getting all the attention. She plans to use the picture against Krishna and defame her because of Veer.

Internet Wala Love: The families learn about Jai and Aadhya’s love story. Both the families meet for a discussion. They wonder what will be the next step after Jai and Aadhya’s love affair. Shubhankar wants them to get married if they aren’t ready to leave each other. Jai isn’t ready to marry soon. Jai tells them that he has just realized his love for Aadhya and wants to stay as her boyfriend for some time to know her better. He is commitment phobic and wants to take some time. He doesn’t want to approve the alliance for the marriage. Aadhya gets surprised with Jai’s decision. She wants to marry Jai to end Shubhankar’s anger. Rupa and Shubhankar have an argument in front of elders. Dada and Dadi try to sort the mess.

Raj has become a psycho lover for Aarohi. He gets angry when Tara speaks against Aarohi. Tara is obsessed with Deep. She confesses love to Deep and shows her tattoo made of his name. Deep rejects Tara’s love. He gets angry on her and asks her to accept the truth that he just loves Aarohi. Tara gets raging when Deep pushes her away. He tries to know if Aarohi is safe. Raj acts innocent and hurts himself to get Aarohi’s love and attention. Raj takes Aarohi on a date. Aarohi gets confused since she doesn’t feel happiness within by his presence. She wonders what’s wrong with Deep.

Kasautii Zindagii Kay:
There will be sindoor twist in Anurag and Prerna’s lives. Prerna realizes that Navin is the one who got her kidnapped. Navin reveals to her that he has committed Anurag’s accident to kill him. He prays that Anurag really dies this time. He wants Anurag to suffer all his life and lose Prerna. Prerna angrily slaps Navin. Navin threatens her to marry him, if she wants Anurag alive. Anurag reaches Prerna, in an injured state, just to save her life and gets more tortured by Navin. Navin prepares to marry Prerna. He compels her to get ready as the bride. Anurag and Prerna fail Navin’s evil intentions and escape from his clutches. They get married at a temple and also profess love for each other.

Suyash falls in danger again. Suyash learns that Laddoo is his son. He gets the kidnapper’s call and goes alone to get Laddoo. He finds Falguni there and gets angry seeing her with police. He asks her why did she get the police. Falguni tells him that she has come to protect him, since this maybe a plan of his enemy. Abhishek is around and aims the bullet shot at Suyash. Abhishek sees Falguni and postpones his plan. Abhishek wants to kill Suyash. Falguni tells Suyash that Laddoo is their son and she will also get involved in protecting him. He calls Falguni an ill-hearted women. He feels she can never see him happy.

Suyash asks Falguni to shoot him down if he can’t see him happy. He gets frustrated with Falguni’s mistakes. He tells her that she always does this and risks the lives of loved ones. He worries that kidnapper will harm Laddoo after seeing the police. Falguni asks him to unite with her so that they can find their son together.