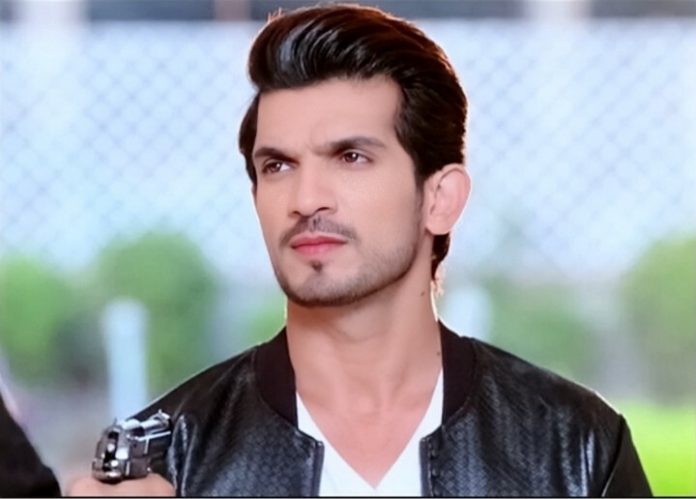 Spoilers Ishq Mein Marjawa: Aarohi got to know that Deep and Raj’s identity secret. Aarohi tells Raj that she knows his truth that he isn’t Deep. She risks herself by falling in the pool. Deep saves her again. She gets angry on Deep and tells him that it was her plan to expose him. She asks him why did he put her in trouble by letting Raj enter his life. Aarohi doesn’t get fooled by Raj. She tells Deep that she has already made Raj fall unconscious and now its his turn now. She asks Deep how could he insult their love. She tells him that she won’t be dying until she exposes him. Deep tries to convince her and explain her the need to employ Raj.

Jija Ji Chath Par Hai:
Ilaychi and Pancham celebrate the Valentines Day in a unique way. Pancham is helpless to become a dog since his back is broken. Mausa ji had predicted and asked Pancham to lift Karuna on his back and climb stairs. Pancham and Ilaychi get happy to be together. She gives him a scary shock, because of which his back gets fixed.

Sitara: Viraj is getting married to Nethra. Their haldi ceremony goes on. Nethra is scared that she will be exposed. Sitara tries to save Nethra and tells the that she will clean her haldi. Nethra doesn’t like Sitara, but now she is happy with Sitara since Chabili has possessed Nethra. Chabili is Sitara’s Mausi. Sitara performs in the haldi ceremony to mislead everyone and protect Chabili.

Raja Beta: Purva finds Vedant’s support towards her. She sees how he is taking a stand for her. Vedant stops Ramesh from slapping Manjula. He tells that he wants to talk to him. They go to the room. Vedant tells Ramesh that he wants to do deal with him again, which he has been doing since childhood. Ramesh asks what kind of deal? Vedant tells that he will teach Sanju till his next exams and promises that he will pass with good marks. Ramesh says if you couldn’t fulfill your promise then I will open rings and gems shop in the hospital. Vedant says if I couldn’t fulfill my promise then everything will happen as per your wish. Ramesh agrees to his deal and opens the kitchen lock. He tells Dadi about his deal. Dadi feels bad for him. Purva comes to know about his deal. She realizes Vedant can do anything for her self esteem and did the deal to protect her respect.

Ek Thi Rani Ek Tha Ravan: Rivaaj thinks how to prove himself clean in Rani’s eyes and also he has to proof someone guilty of Rani infront of Shivraj. He traps a guy by lying to him and asks him to get Rukmini’s phone. He tells that Rukmini has recorded some proofs against him when he got close to another girl. The guy panics and comes to Rani’s house to steal the phone. Rani wakes up and senses someone. They catch the guy. Rani thinks he is the stalker who has been tormenting her all this while.

Shakti: Sukha gets an idea and asks Varun to get married. Varun gets married to a girl and comes to Panchayat. He tells Sarpanch that he is now capable of giving right upbringing to his son as he has a wife now. He tells that he got married as his baby needs a mother to handle him. Shanno has informed Varun about Harman and Soumya’s plan to leave Gurdaspur on Harak Singh and Preeto’s insistence for the safety of Soham. Sarpanch asks the Panch ladies to go and bring Soham from Soumya as the baby father is now capable of raising him. Soumya is happy with Soham and is unaware of the coming danger which will take away her son from him. Panch ladies comes to Harak Singh’s house and take Soham from Soumya. Soumya cries a lot and tries to stop them from taking her son but in vain. Varun and Sukha celebrate their win. Harak Singh and his family are determined to get Soham back.