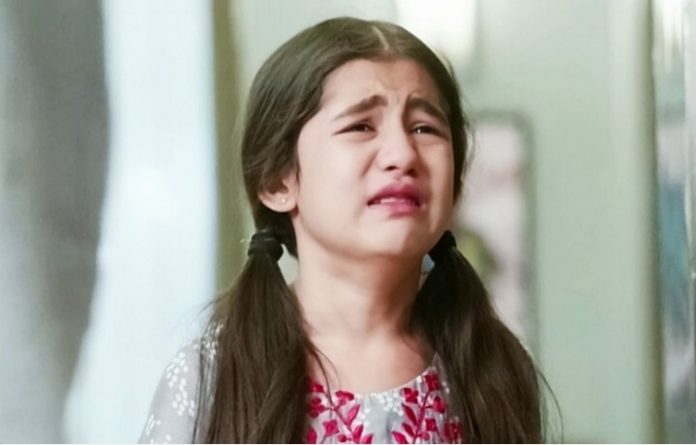 Mega twists Kulfi Kumar Bajewala: Lovely has lost everything in her life. she wanted Sikandar badly in her life. Seeing the things going loose from her hands, she gets enraged and holds Nimrat’s daughter Kulfi responsible for everything. Lovely can’t regard Kulfi auspicious for her relationships, since Kulfi is wrong in her eyes. She thinks Kulfi is the evil card player who has made her lose everything. Lovely takes an oath to ruin Kulfi’s life. She sings Kulfi’s song Khel hai baaki abhi and scares Kulfi. She tells Kulfi that she hasn’t lost yet in the game. She swears to win Sikandar’s heart and make him oust Kulfi from the house. Kulfi is sure that Sikandar will never separate her from him. Lovely challenges Kulfi and asks her to just wait and watch what will happen with her in the coming days. Kulfi gets jitters with Lovely’s evil warning.

Aaliya goes out at night to know about Rohan, since he has landed in jail by taking the blame from Raman. Aaliya pities Rohan and also takes his side when the entire family backbites about him.

She feels sorry that Rohan is really attempting to change. She doesn’t want Rohan to pick up Sudha’s evil path once again. Aaliya hopes that Rohan gets free from jail soon. She thinks of bailing him out when he refuses to take help from Sudha. Aaliya goes lost while thinking of Rohan. She comes in front of a speeding car, but luckily gets saved because of Yug. Yug happens to see her and saves her from getting hit. Aaliya doesn’t see Yug’s face until he removes his helmet. Aaliya and Yug have their first meet. Aaliya is falling in love with Rohan once again.

Sudha feels she has lost her son Rohan forever. She seeks help from Ishita and asks her to change Rohan’s hatred towards his mum. Ishita feels Sudha has developed hatred in Rohan’s heart by her evil actions and now she deserves this. She tells Sudha that she won’t help Rohan unless Sudha repents for her mistakes and confesses her crimes. Sudha gets helpless and is left with no option than to prove Rohan’s innocence to the police. Will Yug’s entry in her life push her back into her past related with Adi? Keep reading.