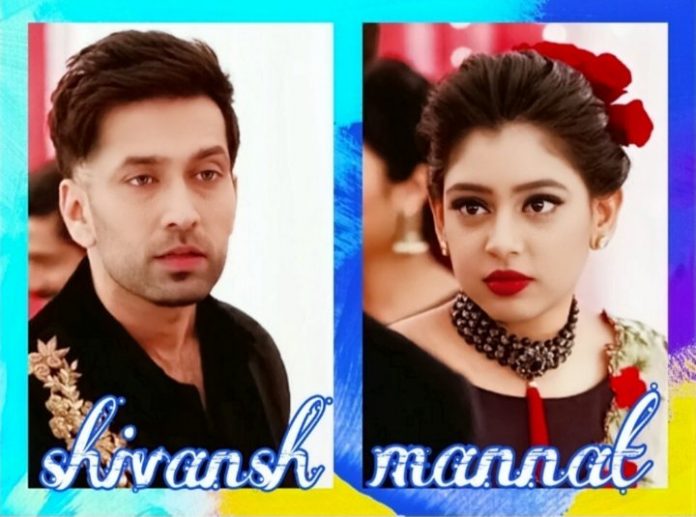 Nakuul Mehta’s Ishqbaaz gets new twist. Bua creates a new issue by using Shivaansh’s illness. She breaks Shivani and Angad’s alliance once again. She tells Oberois that she can’t believe Shivaansh, since he is a liar, and kept family under darkness too. Shivaansh tries to convince Bua that he is absolutely fine. Shivaansh gets upset with Bua’s taunts. Bua calls the family unlucky for others. She says don’t know what diseases are spread within your family, we don’t want to have any relation with Shivani.

Shivaansh defends Shivani when Bua insults her. Bua tells Nani that she can’t accept this, Shivaansh and Radhika were missing in the function, its like Shivaansh insulting them. She says if Shivaansh is a superstar, we are also belonging to respectable family. Bua vents anger on Shivaansh. She asks him why did he go out in Shivani’s Sangeet. She tells him that his family makes her more witness than his films. He calls Oberois mansion ‘Zoo’ and insults them.

Another trouble comes when Radhika comes home in injured state. Shouts to Shivaansh for help. The family gets a big shock seeing Radhika’s state. Shivaansh asks Radhika is she fine. Radhika faints down. Varun pretends to take care of her. Bua asks Shivaansh about the new drama, if Radhika is also ill. She says I knew there will be trouble because of Radhika.

She feels there is always some high dose drama in Oberoi family, which doesn’t happen in any normal family. Nani assures that everything will be fine. Nani begs her not to break the alliance. Bua says we will see that time when things get fine, but we are calling off this alliance right now. She doesn’t listen to anyone of them and takes Angad with her. Shivaansh vents anger on Mannat and holds her responsible for breaking Shivani’s alliance. He tells Mannat that she has ruined lives of both his sister.

Mannat tells him that she didn’t do anything deliberately. Varun defends Mannat. He asks Shivaansh to forgive Mannat, since she maybe innocent. Shivaansh says I will not fire Mannat from the job, until Radhika recovers and states the truth. Mannat hopes Radhika gets fine and proves her innocence. Mannat apologizes to Shivaansh. Shivaansh faints down due to the high stressful moments. Mannat tries to help him and takes him to doctor hurriedly.