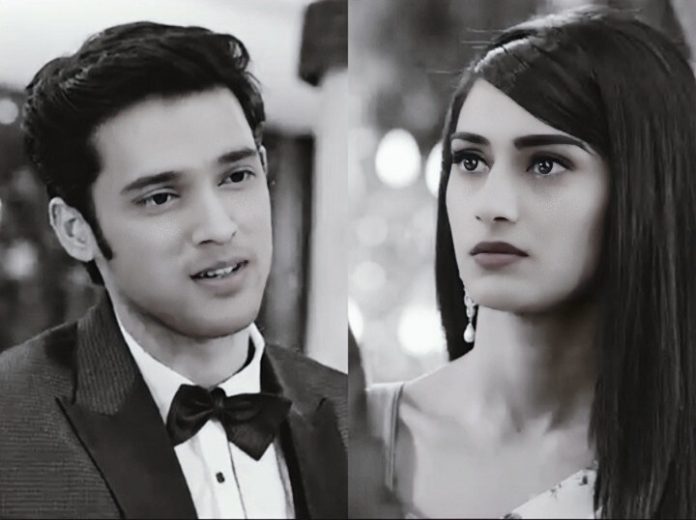 Kasautii Epic love confession. Navin informs Komolika that he will be killing Anurag. He wants to marry Prerna. Komolika asks her security officer to save Anurag and bring him unharmed. She doesn’t want anything to happen to Anurag. Mishka sees her obsession for Anurag and gets upset. Navin and his goons look for Anurag and Prerna. Anurag protects Prerna like always. She asks him the reason for risking his life for her sake. He tells her that he is foolish to not know this before. He confesses love to Prerna.

He tells her that he loves her a lot, and her emotions are entering his heart always. He tells her that she means a lot to him. She reciprocates his feelings. She tells him that she is afraid that things will fall apart if they unite. He tells her that they will never get separated, whatever destiny holds for them, he will make sure that he is always with her. He gets happy when she tells him the magical words too. She is happy to see his love in his eyes.

She tells him that she wanted to confess love to him before itself. She regards him her world. They have a happy union and feel like they are on cloud nine. Elsewhere, Mishka confronts Komolika for snatching Anurag from her. She asks Komolika why can’t she see that she is snatching her happiness. Komolika tells Mishka that Anurag isn’t of her and she shouldn’t cry for him. She accepts that she likes Anurag and will snatch him some how. She tells Mishka that she will win Anurag’s love. Mishka hates Komolika for her truth. Komolika insults Mishka and breaks her heart. She dreams of marrying Anurag.

Prerna tells Anurag that she is happy and sad as well, since she is afraid to lose him. Anurag makes love vows to Prerna. He also fill Prerna’s hairline with sindoor to turn into eternal lovers bonded by marriage. He doesn’t want to get scared of destiny. He regards the sindoor as a symbol of promise. He promises that they will always be with each other, irrespective of the times. He promises to fight for their love and secure her happiness.