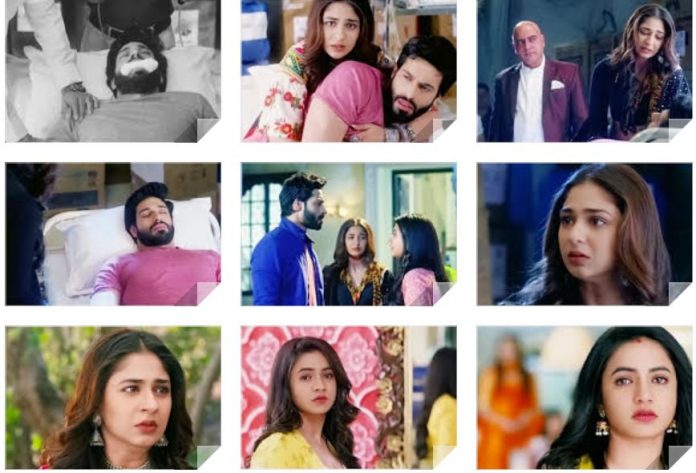 Udaan Imli dies by Bhanu’s hands. Imli gets the land deal for Bhanu by cheating Chakor and entire villagers. She just wants to get Raghav’s love by book or crook. She doesn’t understand Raghav when he begs her to not join hands with Bhanu and ruin lives of villagers. She goes ahead by believing Bhanu. Bhanu conspires to kill Raghav and Imli as well. He plays his cards cleverly and fools Imli until he gets the property papers from her. Imli gets tricked that Bhanu is helping her in erasing Raghav’s memories related to Chakor and Anjor. She wants Raghav to accept her in his life.

Little does she know that Raghav is nearly dying because of her madness. She blindly trusts Bhanu for the sake of her selfish love. Bhanu gets the papers from her and feels like the ruling King of Aazaadgunj. Imli asks him to bring Raghav to her, so that they can start a new life. Bhanu gives her a big shocker by revealing Raghav’s near to death state. He tells Imli that he has made Raghav just like pulp and now he is totally useless for her. Imli turns shattered on seeing Raghav’s state. She confronts Bhanu for his big deceive.

While she threatens to kill Bhanu, he makes the initiative and stabs her to death. Imli gets big time cheated. She manages to run away and inform Chakor about Bhanu’s terror. Imli wants to save Raghav from Bhanu’s goons. She wishes to confess her crimes to Chakor before she loses her breath. Imli has sold Aazaadgunj and wiped off Raghav’s memory just to get Raghav’s love. She tells Chakor that she is soon going to die and asks her to come fast to save Raghav. Imli tells Chakor that Bhanu has cheated her and now everything will be ruined in Aazaadgunj. She alerts Chakor about Bhanu’s evil plans. This brings a wave of sorrow for Chakor. Chakor can’t believe that Imli cheated her again. She rushes to save Imli and Raghav. Imli will be dying while repenting for her numerous crimes.